As I write this, I’m in bed in a new apartment in a new city for a new job. I remember from four years ago, feeling like I had to blink twice or thrice every time I looked out of a window to check that I was really in Philadelphia at an Ivy League school. It has been so long, and now I get to feel like that again.

Even in today’s gloom, Washington DC looked so beautiful. This move has been such a long time coming. From labouring over my NPR internship applications back in March, interviews in April, struggles of obtaining work authorisation through June, to apartment searches in July… I’ve finally settled in a lovely Columbia Heights apartment and am excited to start work next week.

I got to the US on Sunday and had a short but very blissful 24 hours in Philly. I made the most out of my brief time there and got to see Cristina, so many of my MSA friends who were still at Penn (because Zuhaib & Armi had great timing and hosted a potluck that exact night!) and had a sleepover with Jamie.

The next morning, Hanna and I made a road trip down to DC. I will forever be deeply grateful to her for driving 5 hours and helping me move. That was just such a nice thing for her to do. We had a great half day together—car chats and an IKEA stop in the morning, moving bags and boxes into my room and a good lunch in my new neighbourhood.

Processed with VSCO with e3 preset 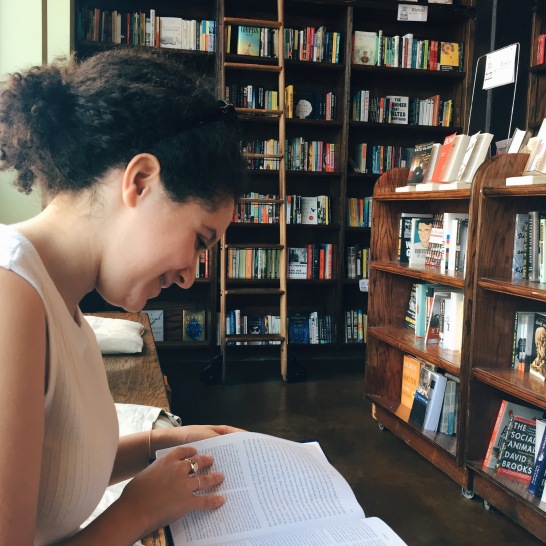 Processed with VSCO with e3 preset

Everything feels different. Like, even though I had an amazing summer and felt sad to leave, I also felt noticeably less dread about leaving home this time just because for once, I was actually excited about going back to the States. I arrived in Philadelphia (just because it was easier to get a round trip ticket) and though it felt weird to be back on campus, it felt good weird. Although there was still a sad echo of all the graduation madness, without the stress of school and a new semester, it was easy to enjoy the campus for the beautiful place it is. Also, the apartment I’m staying in feels nothing like a college apartment. And honestly, DC has me awestruck a little more than Philly ever has, and certainly more quickly. So alhamdulillah, I’m really thankful.

On that note, I just want to acknowledge that literally none of this would be possible if I didn’t already have all the privileges that I do. Getting work authorisation was not cheap. Plus, because I didn’t apply early enough, I had to stay in the US for a bit longer than I had planned back in May, which meant more living expenses. All of that was paid for by my parents, who literally just asked me if this is really what I want, and all I said was yes. It also helped that I was at a school where the resources were abundant and alumni network was so extensive that I had multiple people to talk to about applying to jobs in radio and working in the industry in general. I think a lot about how this same opportunity is apparently present to a lot more people than the ones who can actually take it and I’m doing my best to not take this chance for granted.

In other news, I’ve lost my phone. I don’t really want to talk about what happened anymore but I’m 99.9% confident it’s gone. To tell you the truth, it was really upsetting, especially because it happened on my first morning here. Just as I was about to feel all adult and independent about going to Target by my own volition, this happens and I had to rush back to my apartment to text my mum with my laptop to ask about what to do lol (reality check: I’m still a baby).

I managed to hold it together by reminding myself that phones are replaceable (even though some unbacked-up data in there might not be…) and better my phone than my travel documents or me getting hurt. But yeah, that’s also why I can’t really put up pictures of my apartment. I really appreciate having a phone so much more now. I went to Trader Joe’s yesterday and had to write down a list of groceries and draw a skeleton of the directions to the store. There was nothing I could do to keep myself distracted while waiting in the long line and I couldn’t even tell the time! Haha. Well, at least I’ve found some humour in this otherwise unfortunate situation.

Anyway, all of that is just to say that I’ve had an eventful first few days here. I’ll write more to let you know how my first week of work goes but for now, I’m suffering from a strong combination of jet lag + post workout sleepiness so, until next time, thanks for reading. 🙂