So, I know I was just in Ipoh like a couple of weeks ago but on that trip, I was mostly just catching up with a friend–so much so that it didn’t really matter where we were. I even told Shahirah on my way home that day that “I spent a whole day in Ipoh and literally only have one picture and it’s a selfie in a carpark” HAHA.

Still, I had such a good time that day that I kinda convinced my family that we should all go. After some difficulty scheduling a 2-day block for a little getaway, we managed it last weekend! We left town right after my cousin’s doa selamat for her new house which was quite nice because it was the first time I saw her new place.

The ride to Ipoh was quite fun because it wasn’t too long like driving to Singapore in the south or Langkawi in the north, just about 2+ hours. We had apple strudels in the car on the way as an unlikely road trip snack, thanks to our cousin-in-law (is that a thing?) who bought a whole box for us. I did get a little tired of having my knees bent in the car along the way so as we exited the highway, I just couldn’t help but put my feet up. Yeah, very unbecoming of me, I know, but I just had to. It made me so grateful to be so short for once.

We stayed at this really lovely place called Sarang Paloh right smack in Ipoh town (which, itself is very small) and I highly recommend it if you’re looking for somewhere to spend the night. Not only was it really pretty, it’s just a walking distance away from Kong Heng Square and the hotel staff were very friendly. We totally couldn’t resist having lots of mini amateur photo shoots around the place, haha. 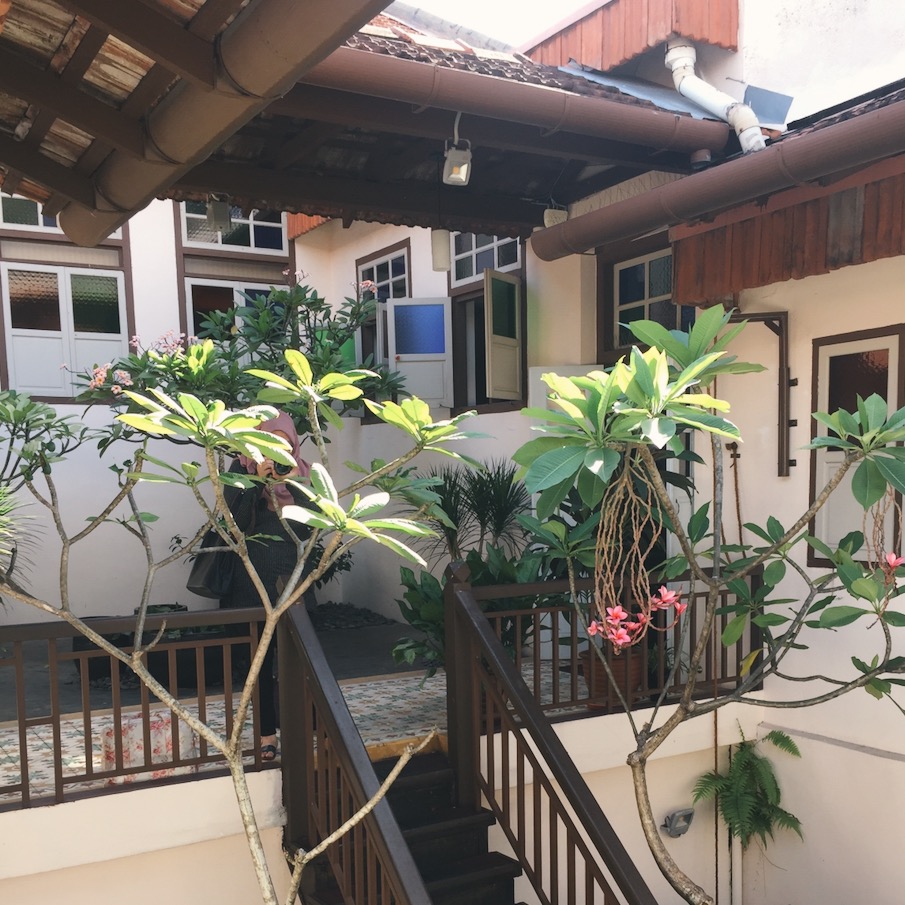 If you know Malaysia, you know that most getaways are centered around food. I had a good ol’ list of things to eat on our trip. The first thing we got was cendol! I love a nice cold bowl of cendol (note to American friends: it’s pronounced chain-dole or chen-dole LOL). There is nothing like a chilled spoon of santan and gula melaka on a hot day. Absolutely nothing else like it. 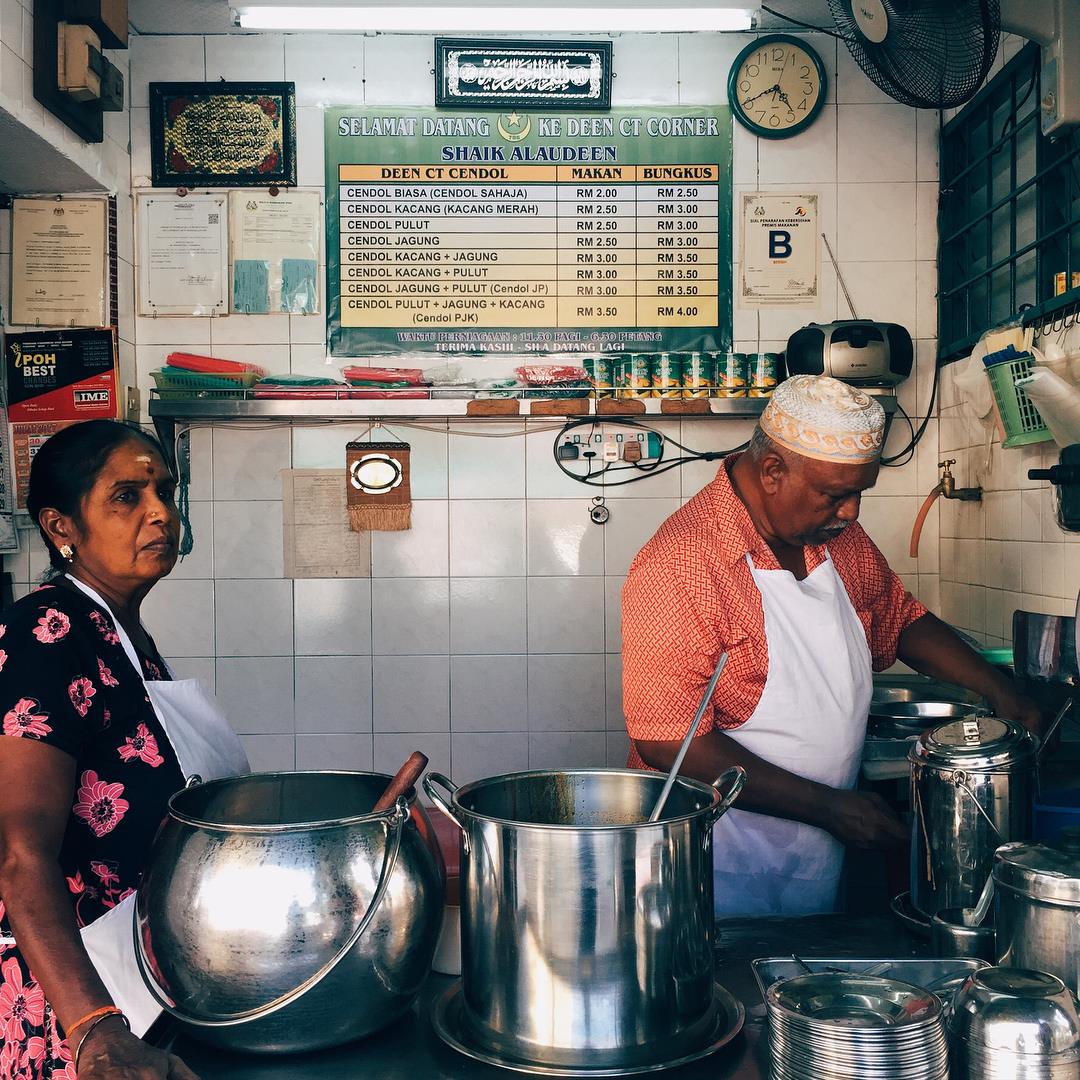 Later on in the evening, we took a stroll down to Kong Heng Square and Concubine Lane (don’t ask me why that’s what it’s called because I have no idea even though I’m probably just a Google search away from finding out). That area is small but really cute and well maintained. I was very pleased to see how clean it was, too! 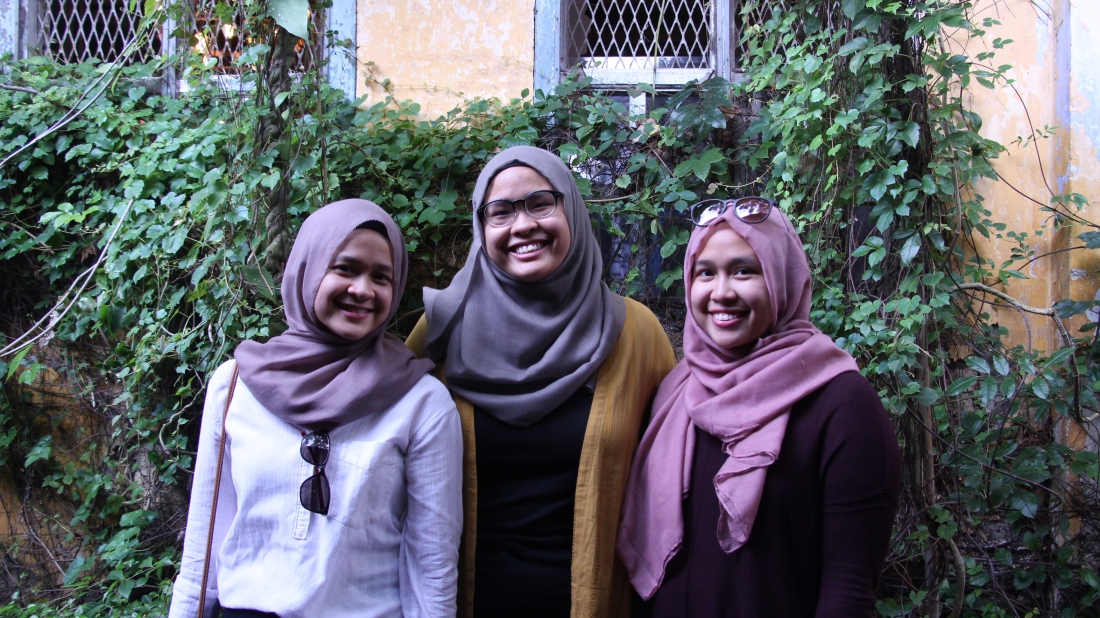 We had early dinner at this place 20 minutes outside of the town center and had laksa telur goreng bersarang. It’s basically laksa utara but topped with an egg fried into a perfectly crisped mesh and it was probably the single best meal we had on the trip. We were a little weary on the drive there because we weren’t sure where Waze was taking us… it looked for a second like we were going to get lost in a housing area but the restaurant was tucked in this small neighbourhood like a real hidden gem. If you’re in Ipoh with a car, definitely go visit! Worth the drive and the wait in line. 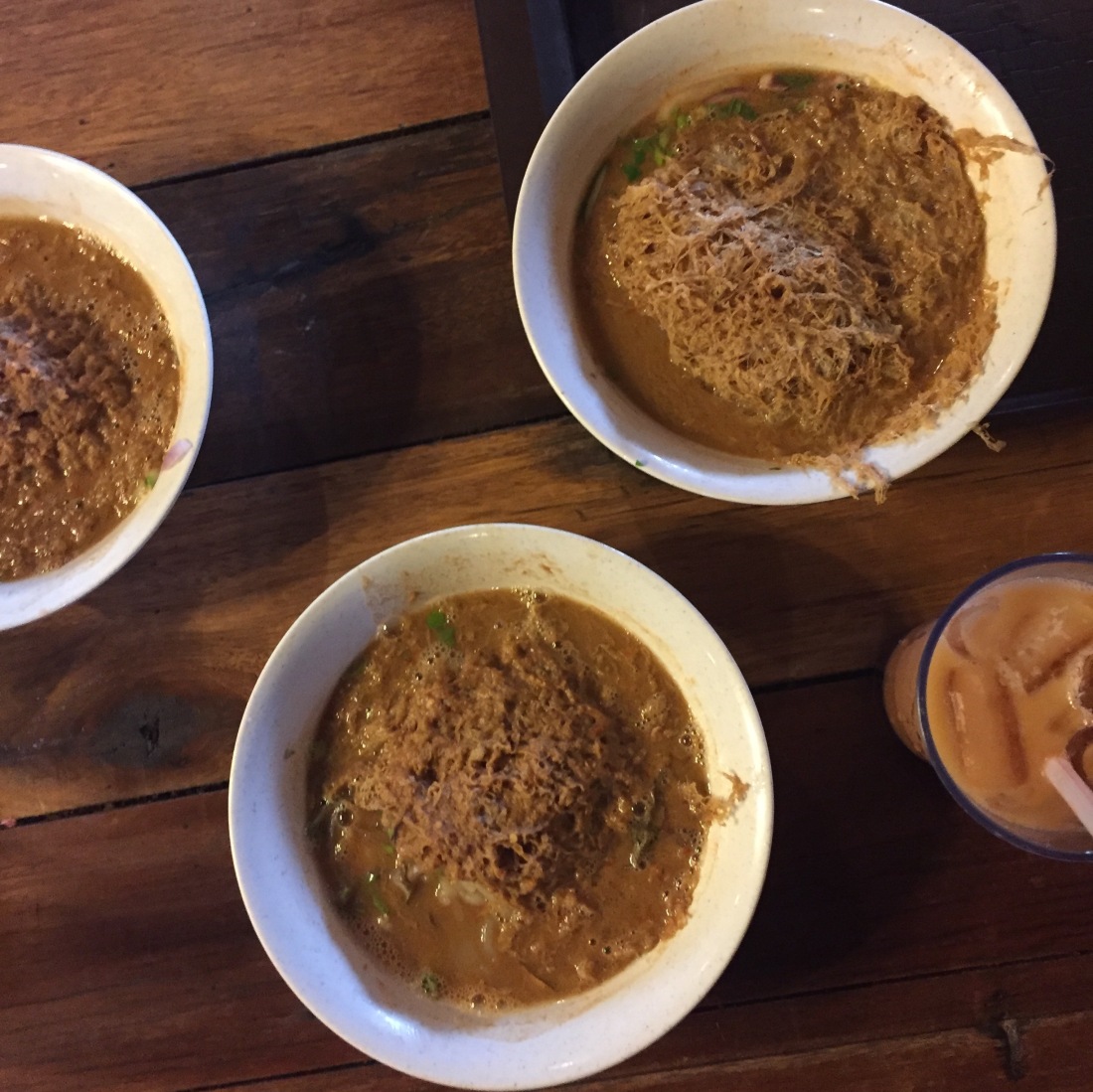 My parents stayed in the hotel after dinner because my mum wasn’t feeling too well but my sisters and I went to… Milk Cow and Plan B, lol. It’s funny because we find both of those places in KL all the time. We got honey milk ice cream, salted egg fries and a teh tarik cake for supper, since dinner was at like, 6-ish.

Although the laksa takes the cake for best single meal, my favourite place on the trip was New Hollywood Cafe (again, don’t ask me why it’s called that because I truly have no idea) for breakfast on Sunday morning. We went at like 7.20am to avoid the crowd, which was a really good idea because by the time we were about to leave, people were struggling to get seats. I liked this place because it was a food-court type situation which is always a good thing when everyone has a different idea about what to have for breakfast.

I went with chee cheong fan and char kuey teow, two of my favourites (please don’t tell my trainer that I had two carb-loaded meals in one sitting). We also had mi rebus, roti canai, yong tau foo and roti goyang on our table. It was more than satisfying and I totally understand why it’s the go-to place for everyone from KL who makes a road trip to Ipoh. Seriously, I see this place on Instagram almost every other weekend (slight exaggeration). 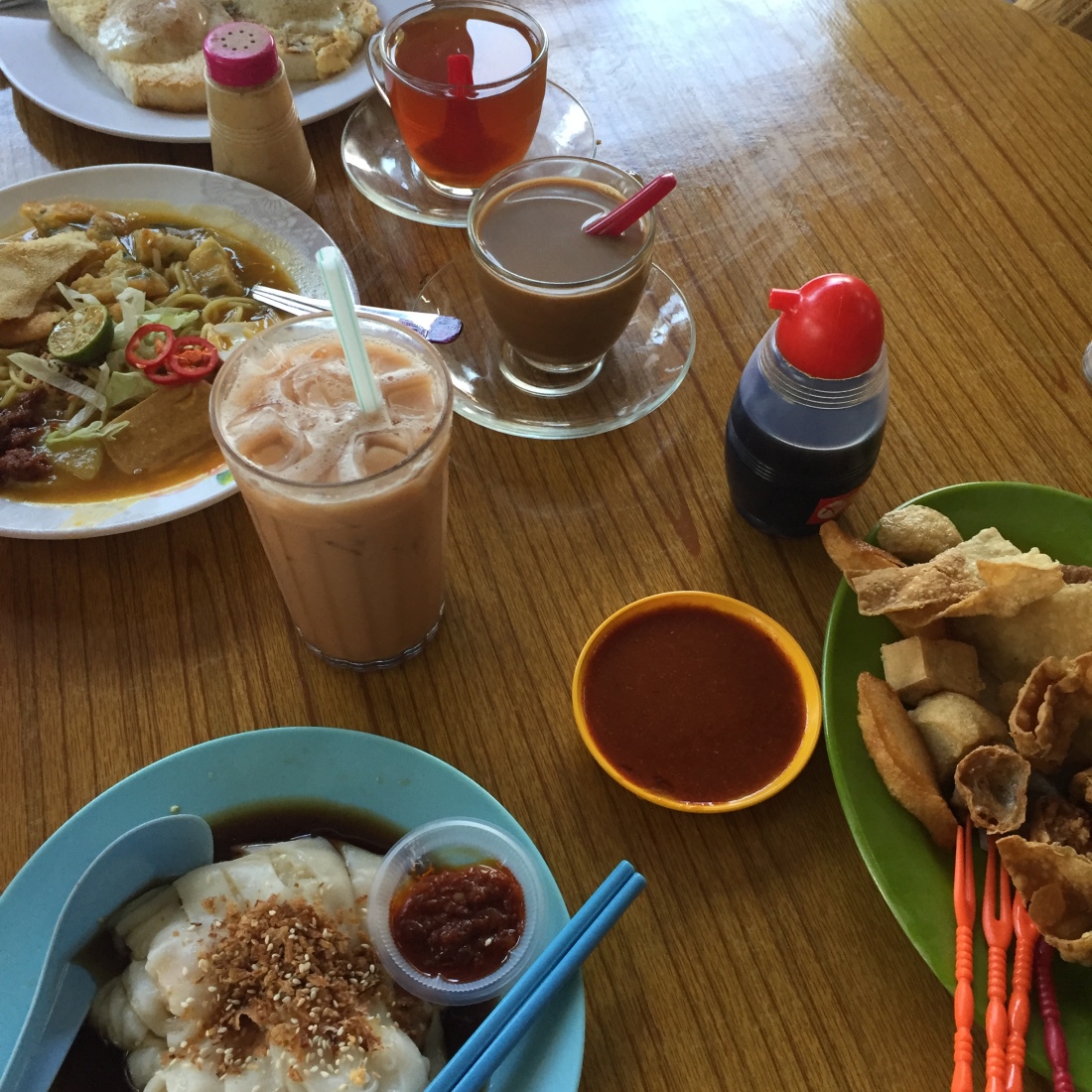 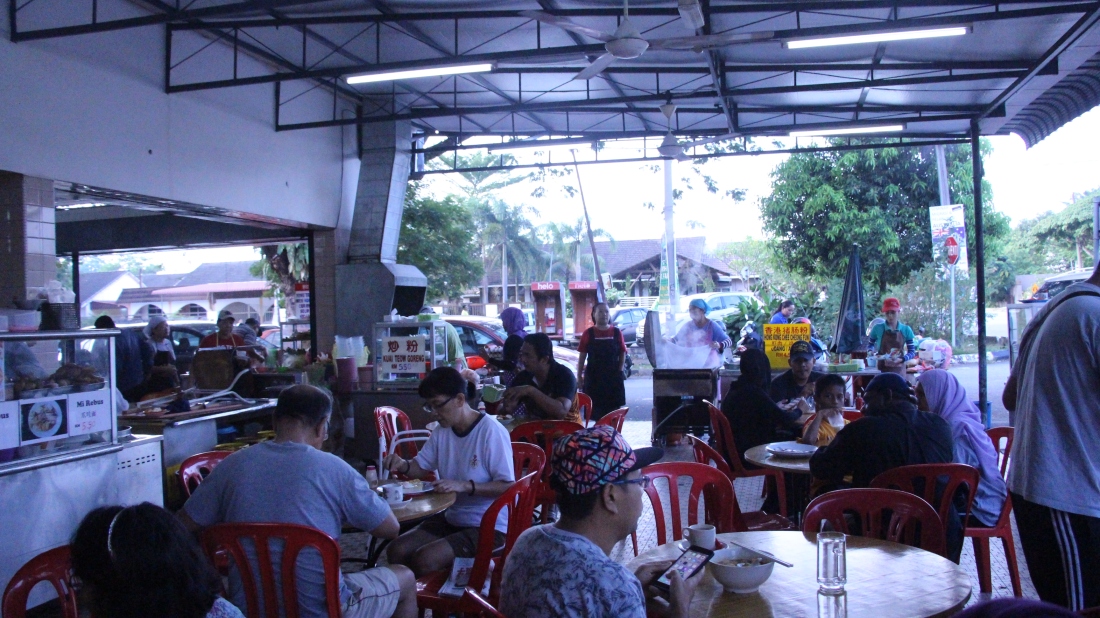 Sunday was a really nice day, not as hot as the day before. We walked to Kong Heng Square again, but this time to see the Yasmin Ahmad exhibit. It’s a small two-room exhibit run by Leo Burnett, where the late filmmaker used to work, and it’s really quite lovely. I absolutely loved it. The exhibit has some of her best work playing on loop, along with some of her poems and quotes hung around the room. I don’t need to say it because most of us already know… but Malaysia is destitute of good museums and accessible cultural centers so it’s always nice to see places like this. I think it’s better to have a small and simple exhibit and have it done well than to have large buildings with a big marketing budget and pathetic maintenance. So please, if you’re in Ipoh, go visit Yasmin at Kong Heng; we won’t get more places like this unless we prove that we’re here to support local arts and culture. 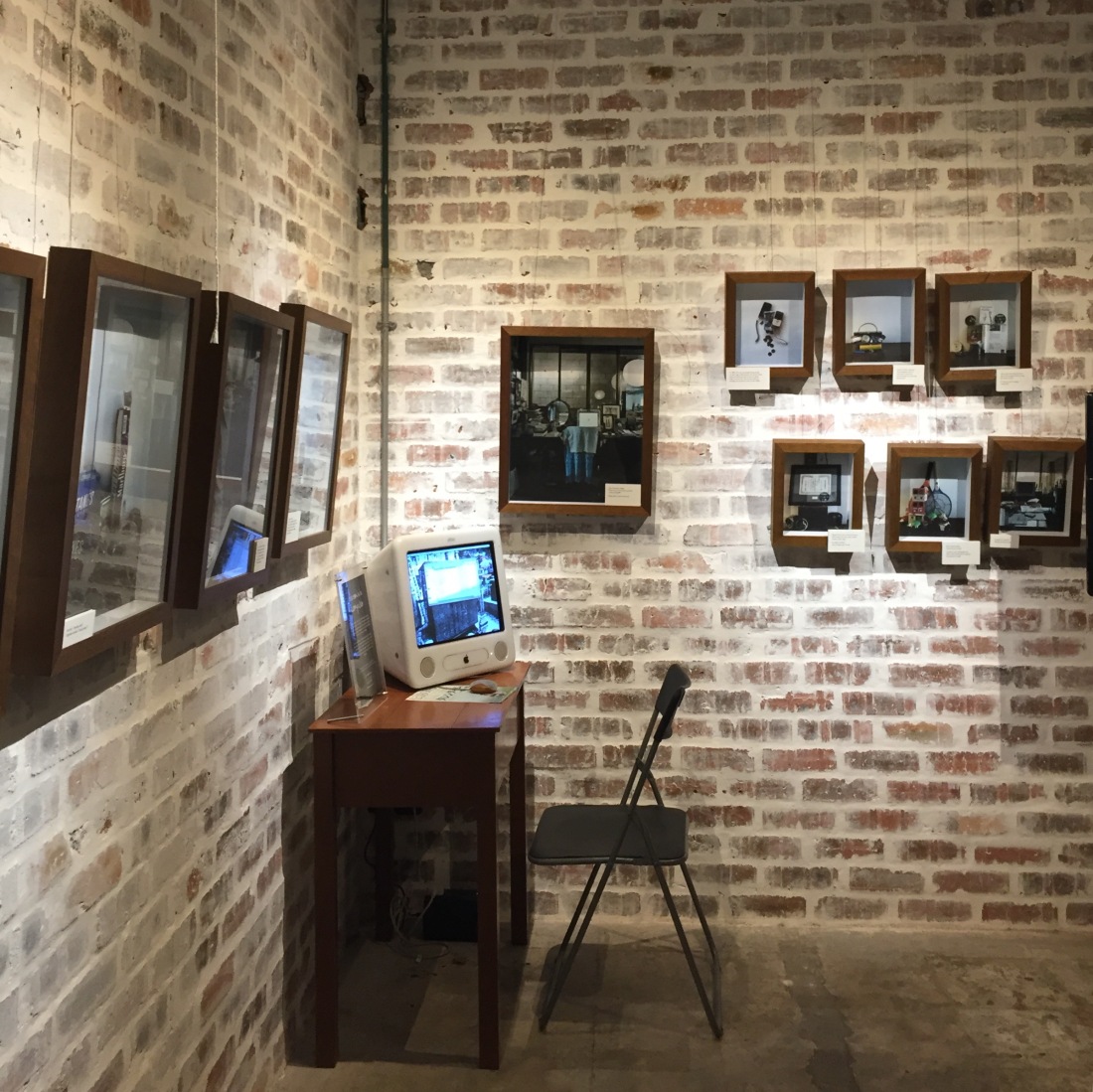 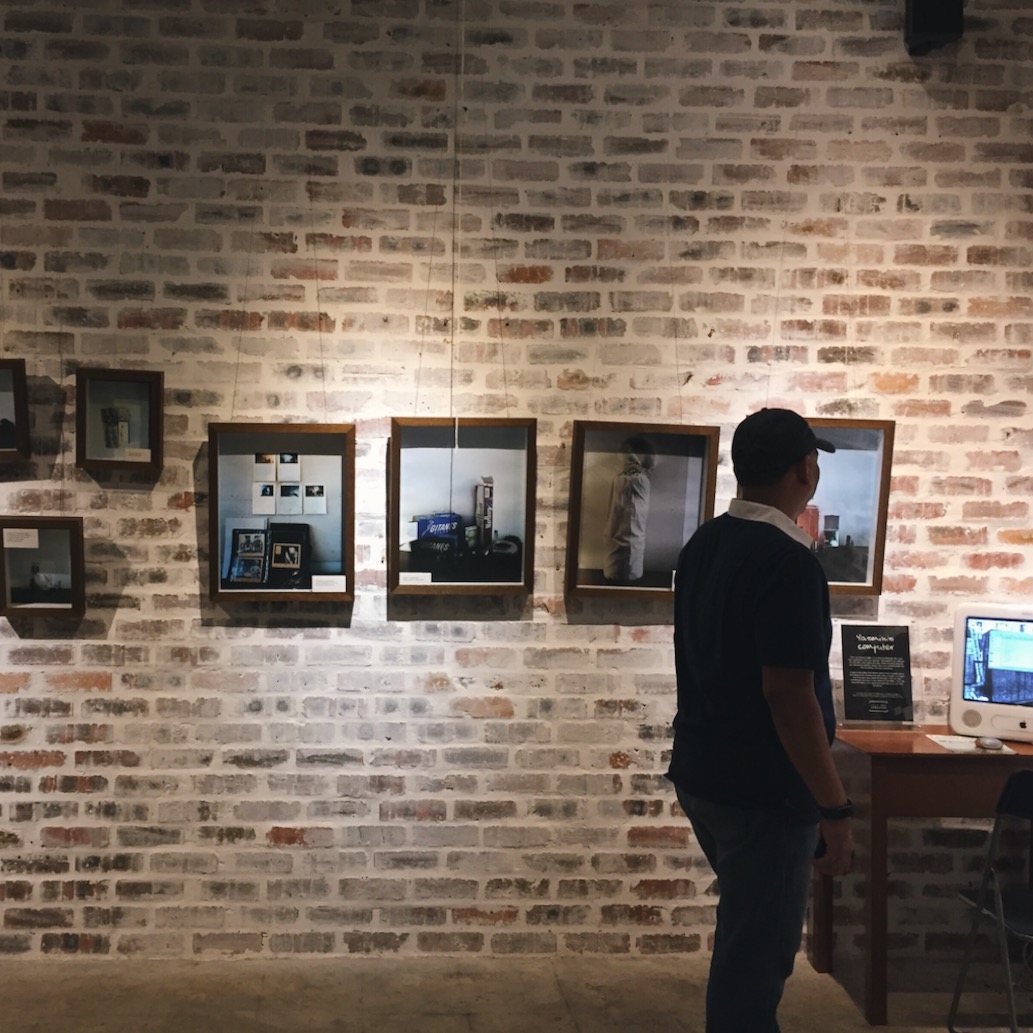 When I was in Ipoh last month, I went to Funny Mountain Soya a bit too late and they had already run out of everything for the day, so I knew they were probably really good. Last weekend, I made sure we went a lot earlier in the day. We got 5 bowls of tau fu fah (which, like cendol, is also really good on a hot day) and some bottles of soya bean, cincau and soya cincau. It wasn’t anything we couldn’t have gotten in KL but delightful nonetheless. 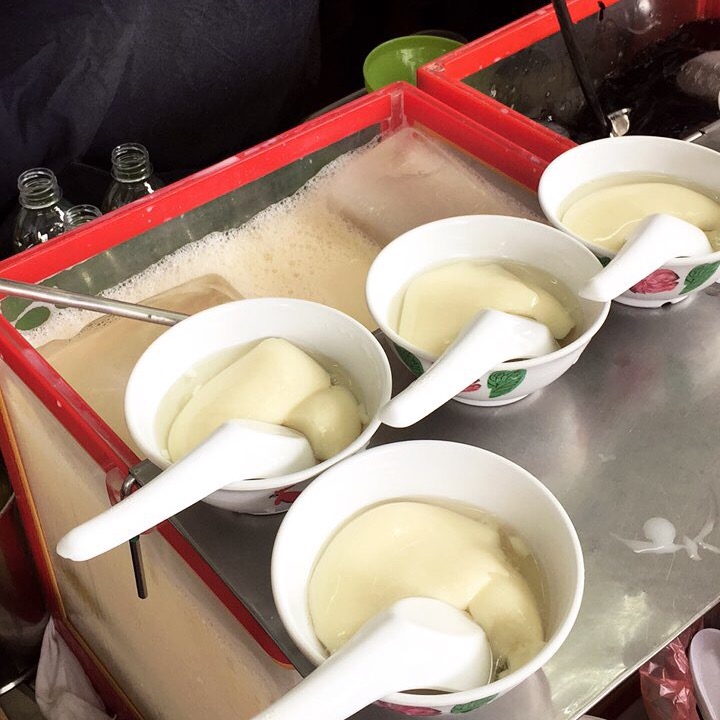 For lunch, we were thinking of getting mi rebus in this place just outside of the town center before we made our way back to KL but when we got there, we saw that it was unfortunately closed for some reason. Luckily we weren’t really hungry since we had been kinda eating non-stop haha. So we stopped by the side of the road to just get some cucur udang and rojak for a relatively light lunch before driving back. It was the first time I had had rojak in ages, so I was actually really pleased. 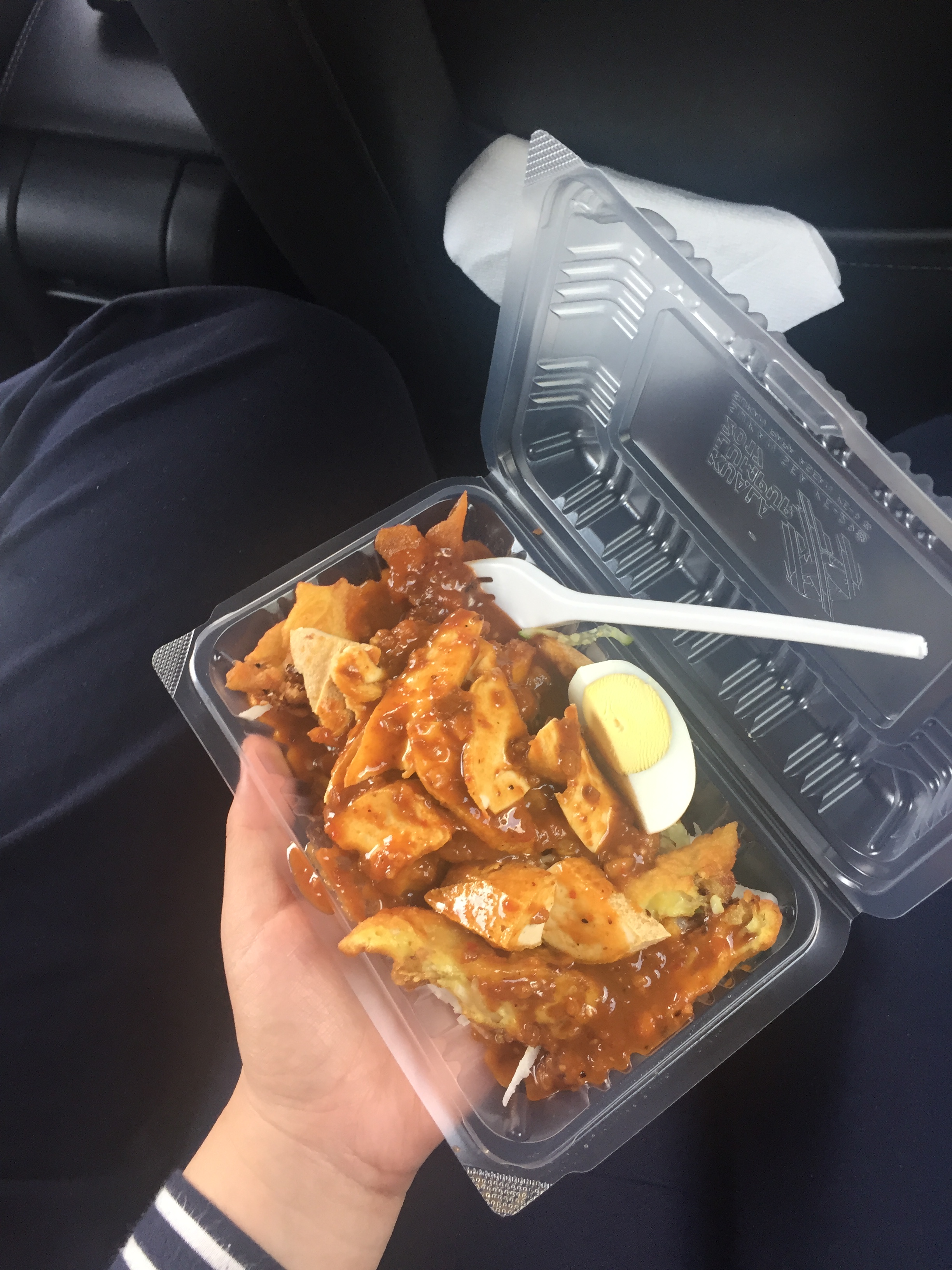 We got back to KL by about 3-ish that evening and I made it all the way without putting my feet up this time! I really enjoyed Ipoh and I’m definitely looking forward to returning again since there are still a few places on my list I want to visit. We used to go to Melaka quite frequently when one of my uncles lived there and once every few years we’d go to Penang or Port Dickson but we literally never go to Ipoh so I’m glad that we’ve added another city to our list of food-getaway places. Maybe our next addition will be my first ever trip to Kelantan (the only Malaysian state I’ve never been to!) for Kota Bharu.