I get why they call it the Windy City now. I’ve said on multiple occasions now that I’m quite proud of myself for being so much better at braving the cold, since I’ve spent 4 winters in Philadelphia. Yet, the cold of Chicago was different because of the wind. Even though it was about 10-13 degrees C most of the time (that’s 50-55 degrees F, to my American friends—I googled that for you), my fingers were freezing and I kinda wished I wore gloves. Regardless, I had so much fun with Hui Jie in that beautiful city. 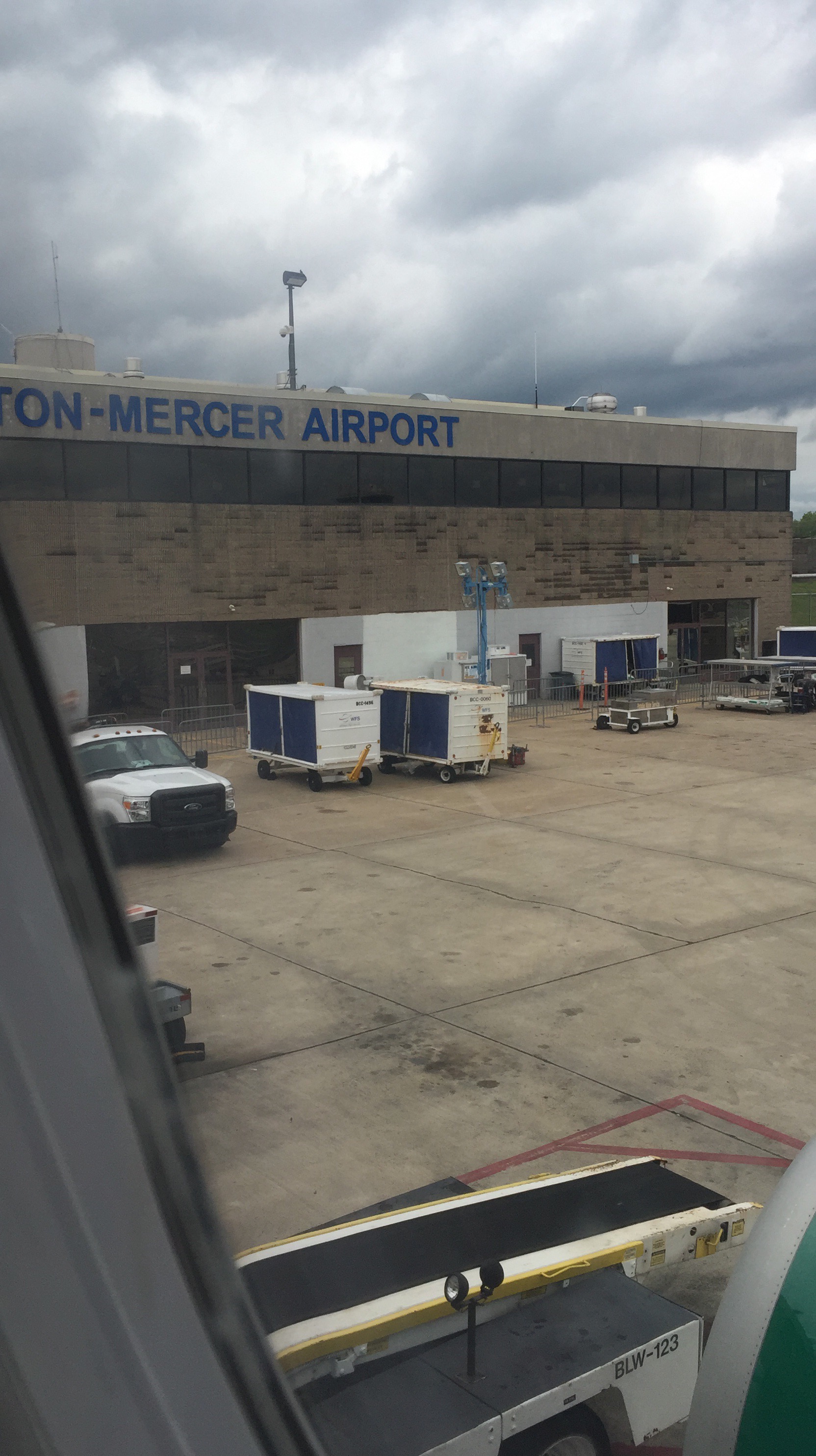 We flew out of Trenton Mercer on Saturday. I think it was the smallest most desolate airport I have ever been to—smaller than even the Bandung Airport, which, if I recall correctly, closed for the day after we flew back to KL. Anyway, I realise that just means I’ve been really spoilt/lucky. But I digress. So yeah, we flew Frontier to O’Hare and when we landed, Hui Jie turned to me and said “I want McDonald’s.” So that’s what we did; the McDonald’s was literally just one gate away from the gate we arrived at, haha.

But here’s where my favourite thing that day happened: we saw a pony. At the airport. This woman and her pony walked past us and I was like, “is that a—?” and before I could finish my sentence, this other woman in front of me turned around and said “YEP!” and her daughter turned around and told me “we just took a picture with it!” For the rest of the day, I could not stop thinking about how amazing it was that I saw a pony at the airport.

After we got to the Airbnb, we quite quickly headed back out for the rest of the evening. We spent most of the evening at the Navy Pier, which was really cold but very pretty. We got a nice view of the skyline, and the atmosphere was really nice because it was like a funfair type thing except there was probably like a huge prom going on because there were so many people in dresses (who all, by the way, I feel like look older and way more sophisticated than me). It was a very chill day, we just went to dinner and then a speakeasy in town later that night. I mostly just loved the vibe of the city. Hui Jie said it felt like a cleaner New York.

The next day we walked along the river and then down Magnificent Mile, which is like their shopping area thing. It was absolutely beautiful, and I think there must’ve been a french bulldog show or something going on because we saw so many of them along our river walk. 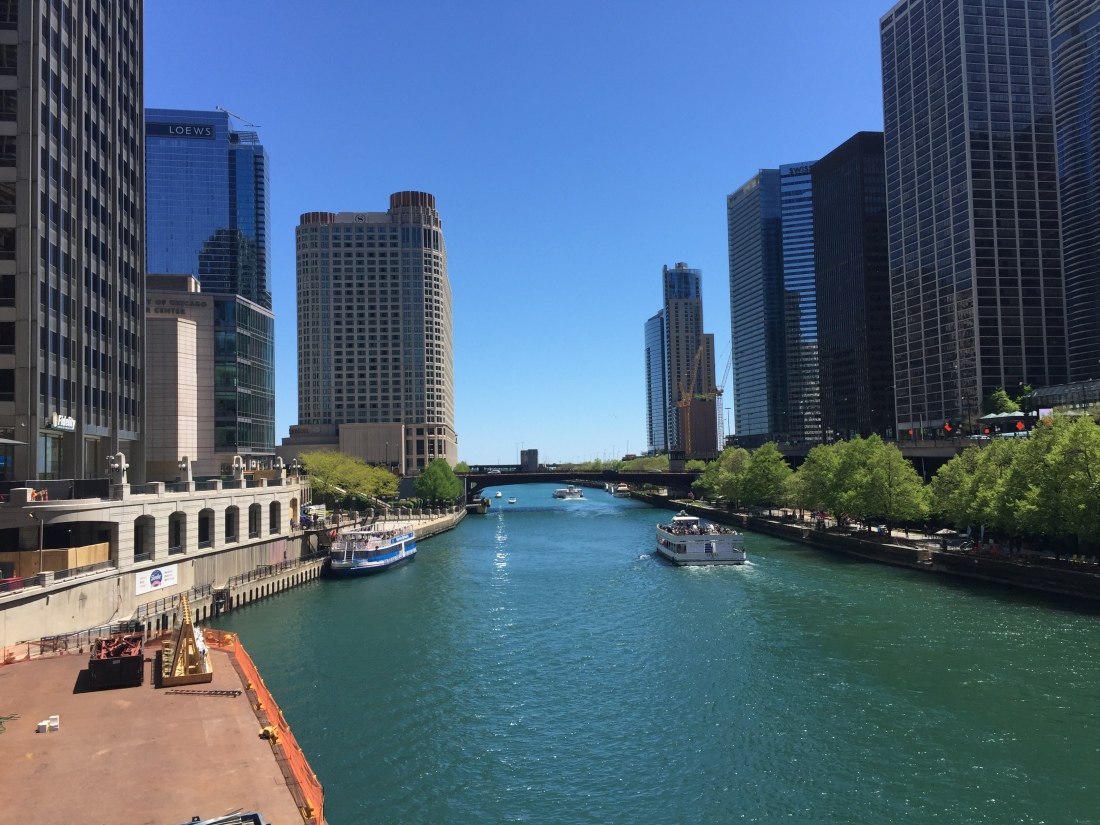 For lunch, we had this amazing cod sandwich, which is probably like the best fish sandwich I have ever had—it was so perfectly battered, oh my god. And because our next planned thing was not until much later in the evening, we spent a lot of the afternoon at Uniqlo. Specifically, the Starbucks at Uniqlo LOL. We got frappuccinos (which I usually never order) because they were half off for happy hour, so it was only like $2 and I couldn’t resist a good deal, hahaha. 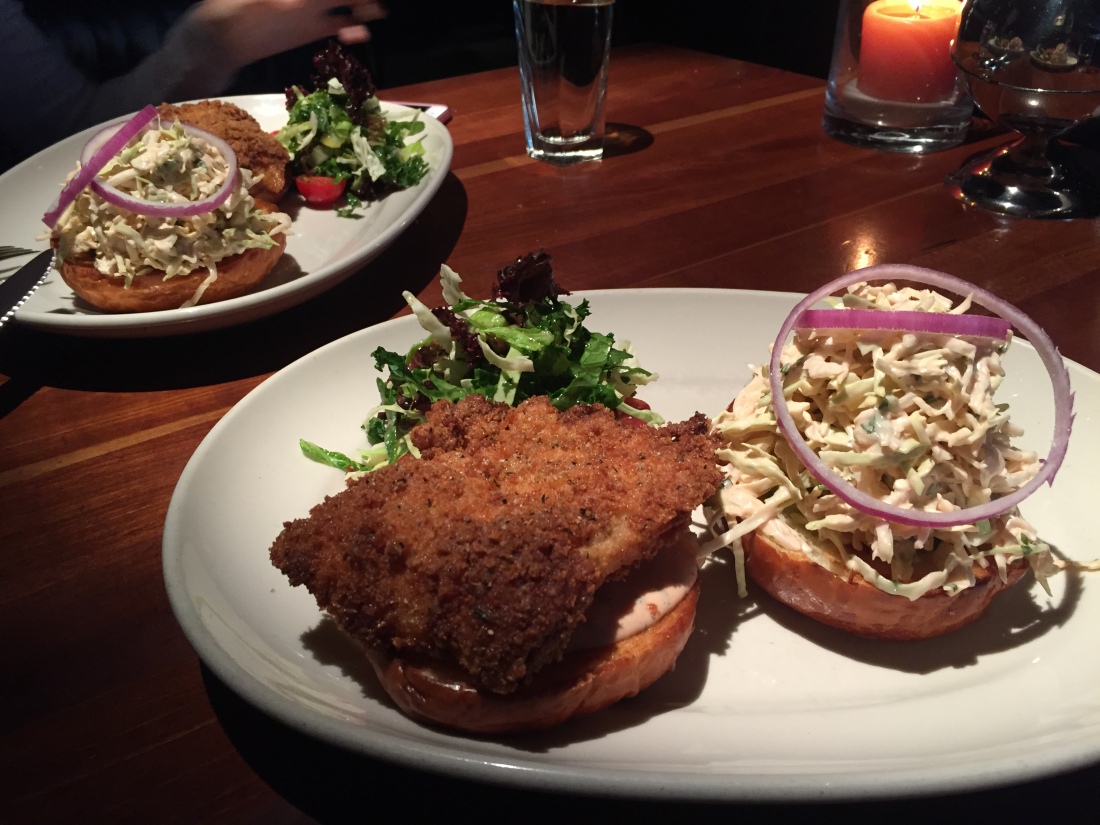 Then, we went to Second City to watch a comedy show called the Fantastic Super Great Nation Numero Uno. A lot of it was about American culture/politics. It was so funny and entertaining. It really reminded me of why comedy is considered a very effective tool for storytelling and commentary. I also really loved the cast, they were so talented and I genuinely hope for amazing things for them in the future. My favourite part of the night was probably their improv section where they ask the crowd for suggestions for words and start acting out a scene based on that word. I highly recommend going for one of their shows if you’re in Chicago! Hui Jie and I had so many good laughs that night.

The next day (sorry, I just keep saying next day and the next day because I really have lost track of the days but I’m now talking about Monday, I think) was our most touristy day. We spent the whole morning at the Chicago Art Institute. It was one of the most beautiful art museums I’ve ever been to, though it did not beat Louisiana in Copenhagen. The modern art section was my favourite, but I also really liked seeing the Asian and Islamic art sections. Looking at batik designs and artefacts with Islamic motifs made me feel just a teeny bit closer to home.

For lunch, we went to the Revival Food Hall which is essentially a food court, but it was an amazing food court. I got an amazing egg sandwich and fries. Then Hui Jie got coffee and for the second day in a row, we just sat there chilling with our coffees for a long time before getting back out. I even got to charge my phone back up to 100% at that coffee place. 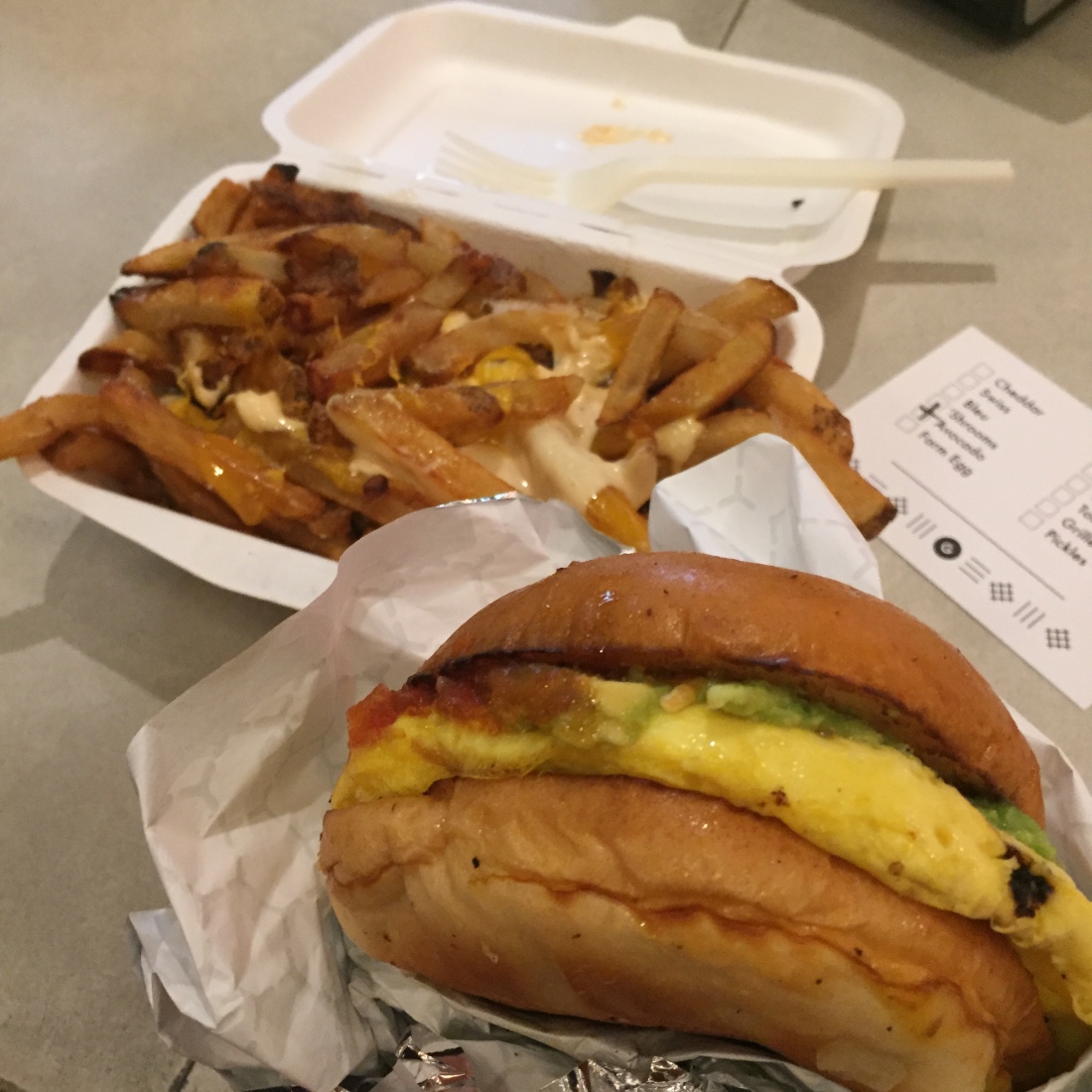 Eventually, we did get back up and we headed to see some shops before heading to Millennium Park, which was the one thing I knew Chicago had before ever going there. I must say, it was cool to see the bean/Cloud Gate in real life because I mean, obviously it’s like a very famous landmark… but it was also kinda dirty and underwhelming, hahaha. Still, we got plenty of good pictures and I think the park itself was a really nice one—probably one I’d like to go to if I lived there. 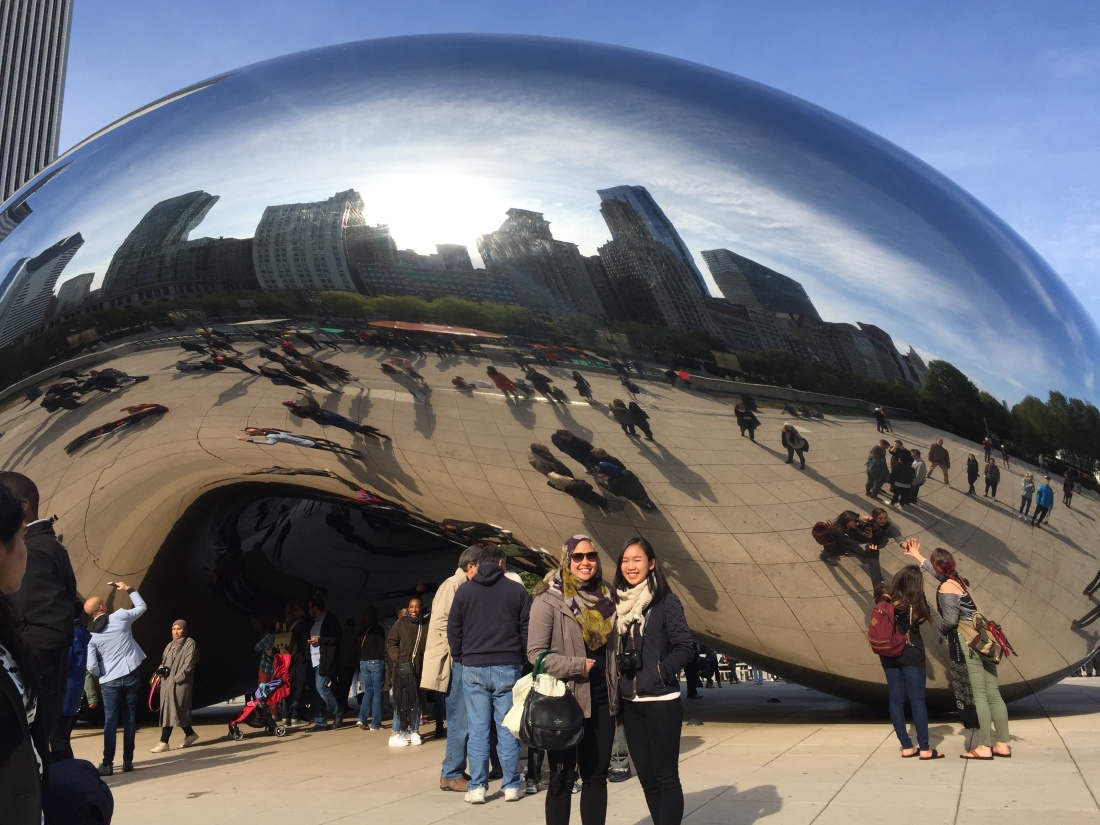 After Cloud Gate, we went back to Revival for dinner (!!!) because we thought it’d be too late to eat dinner after going to Willis Tower. Plus, we had initially wanted to get poke bowls from there for lunch but they were out of salmon so we got something else and came back for dinner. It was totally worth waiting for, by the way. So good. 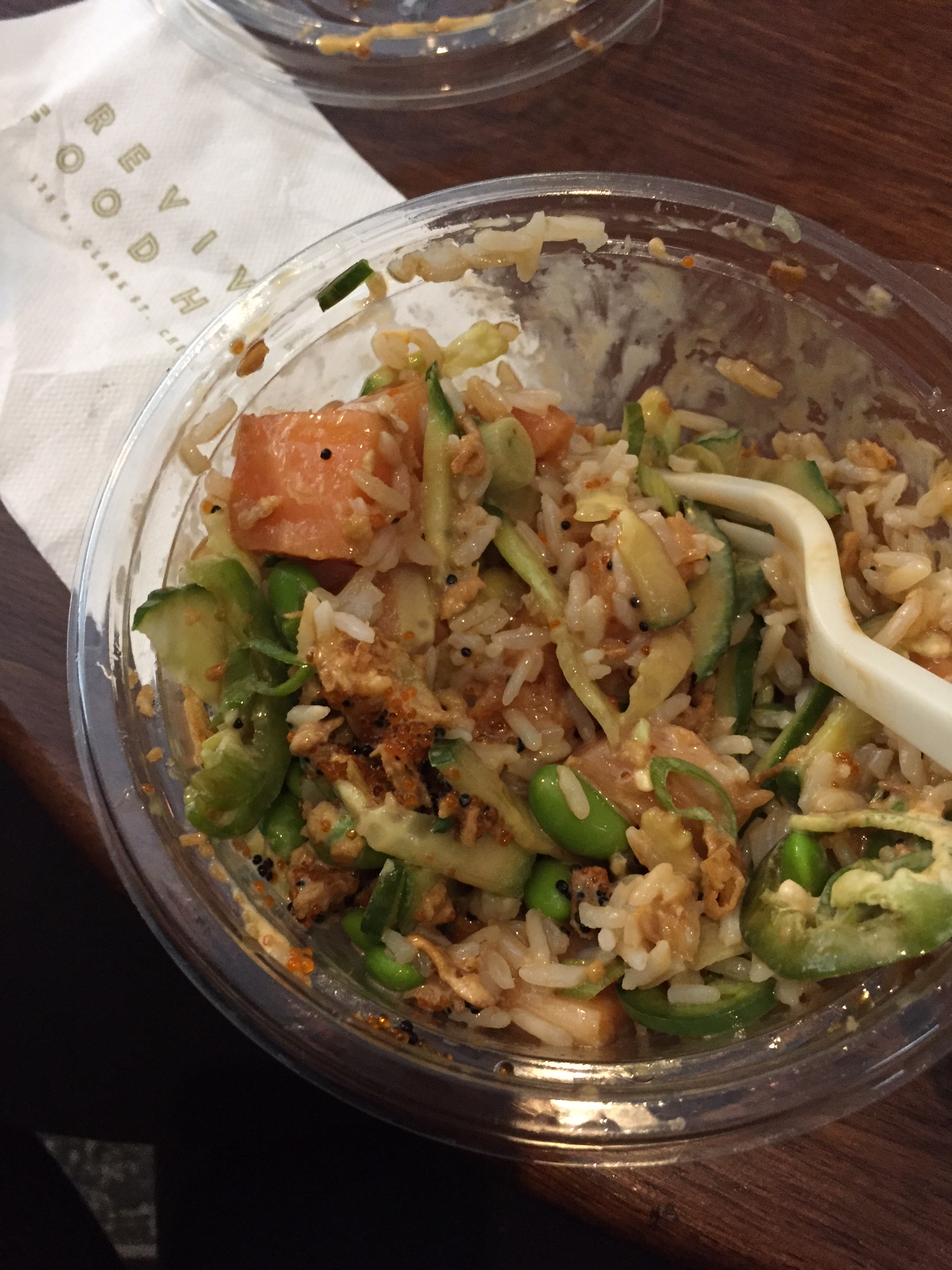 Then, on a full tummy, we went to Willis Tower, which is where everyone goes to see the view of Chicago and take a picture on that glass floor thing. I am not the best with heights so I was pretty nervous about going on that ledge thing but I managed to do it by not looking down at all. Plus, there was a long line of people waiting to take pictures so there was really no time to look at the view.

On our last day, we spent the morning near Wicker Park. We got coffee at Intelligentsia, and took a lot of pictures, haha. Then we walked around and looked at the shops around there, which was a really nice area. My favourite shop was this one called Secret Agent Supply Co. They sell a lot of books that are compilations of writings by public school students in this creative writing program called 826 operating in cities all over, like Seattle, LA, New York, Chicago, Detroit and DC. All the proceeds go back to supporting these programs, so I bought this one book consisting of cute and moving letters written by kids addressed to Michelle Obama. 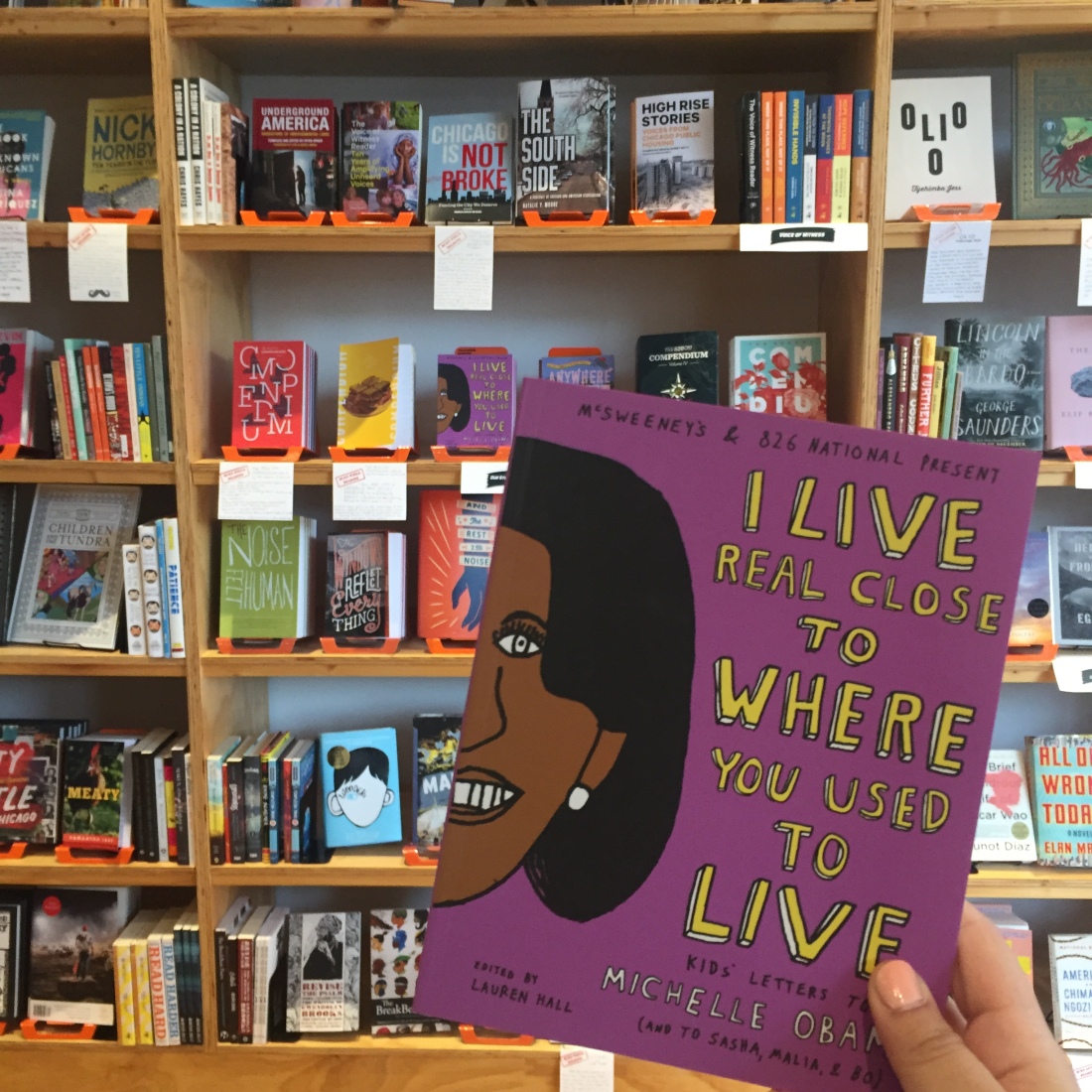 We also got some really good takeout from En Hakkore in that area so that we’d have something to eat on the flight. It was so good and it’s another thing I also highly recommend if you are in Chicago. The sushi burrito thing was honestly amazing. But then it was time to head back to Philly and we took the train to the airport. Only after I got on the platform did I feel like I needed a bathroom and I swear, it was the longest 45 minutes of my life. When the train announcer person thing said “we are experiencing delays” I really had to remind myself that the pants I was wearing were new in order to help me through. But we got to O’Hare with my pants dry and clean and I have never felt so happy to see a stinky airport bathroom ever before.

I’ve been back in Philly for 2 days now, and it’s been nice to just hang out with my friends without anything really weighing on me other than the fact that there’s this huge goodbye looming over us. But I guess that’s also why I’m glad I got to take this trip with Hui Jie before we go our “separate ways”. She’s been one of the most important people in my life these past few years and I’m glad we got to close out college with this Chicago trip.

One thought on “CHICAGO, IL.”