Hello! I hope you’re well as you’re reading this. I’m quite sore from a recent run and I’m falling asleep in bed as I type this (even though it’s only 10.09 pm over here) but I really just wanna talk about what a fun day I had on Sunday. 🙂 Honestly, if you knew me and you saw the way Sunday panned out, you’d know quite instantly that I was the one who planned it all.

My day started out with a good lie-in, much to my mum’s annoyance, of course hehe. But by about brunch time, we were in Bangsar because my sister Aida wanted to check out dUCk scarves at Fashion Valet and I wanted to get a pair of shoes. I got a cute pair of Nelissa Hilman sandals and I love em! They are pretty comfortable. I only wish they had half sizes because I couldn’t quite fit either a 36 or a 37 for the pair with the crossover straps but I mean, I’m not complaining, the one I got still looks and feels really good!

Since we were in the area, I just had to lure my mum and sister to Inside Scoop. Aida had never even been before so we just had to go. I was hoping to get their salted caramel or teh tarik but they had neither. I got mango lassi instead, and I think I like that one most! Ada jugak hikmah kan bila the flavours I wanted takde haha. Aida got Horlicks though, and I’m definitely getting that one next time. 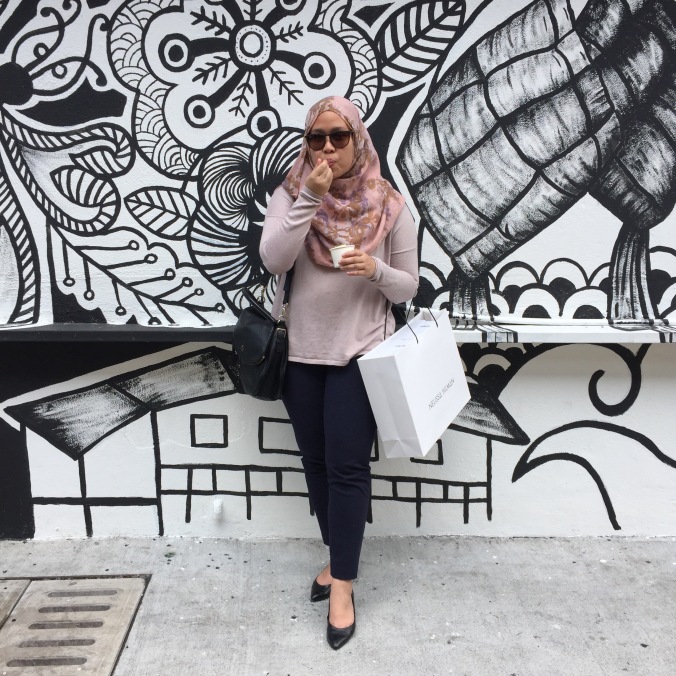 It was pretty amusing to be walking around Bangsar that day because it was the first weekend Pokemon Go was released in Malaysia, so everyone was like, walking around cautiously with power banks in tow. My mum wasn’t amused at all, though! She’s a pokehater, hahaha. I’m somewhere in between. I’m definitely not going out of my way to do anything pokemon related, but I’d open it every now and then. Currently, I’m on level 5 lol. I think I have like 15 pokemons? I don’t know, I was never really a fan of the show… but I do think the game is really cool.

After Bangsar, we went to KL to go to BNM’s Muzium dan Galeri Seni at Sasana Kijang. I love driving through KL… I can’t explain it. I just feel so at home, so amazed. I feel like the city is mine.

I’ve been meaning to visit this gallery since last year. I passed by it all the time when I interned there last year and had heard a lot about it. My sister and dad even went there and they said it was good so I was curious. And it was good! I mean, sure, it wasn’t overwhelmingly spectacular but I had just been to Singapore the weekend before and so I was particularly itching to look for local artwork and galleries in KL. I knew there isn’t much so I wasn’t expecting MoMA level exhibitions, but given that, I was impressed. It’s such a step up compared to the museums right smack in the middle of Melaka—our much-boasted-about historical city—which are like, pathetic at best. 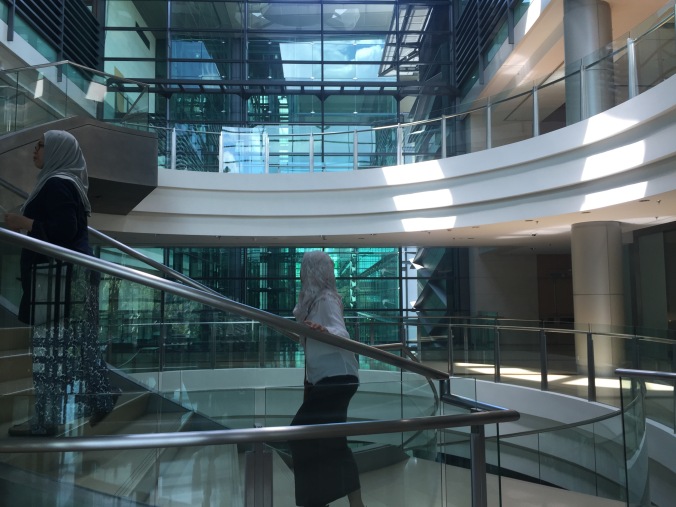 I love the design and feel of the building itself! 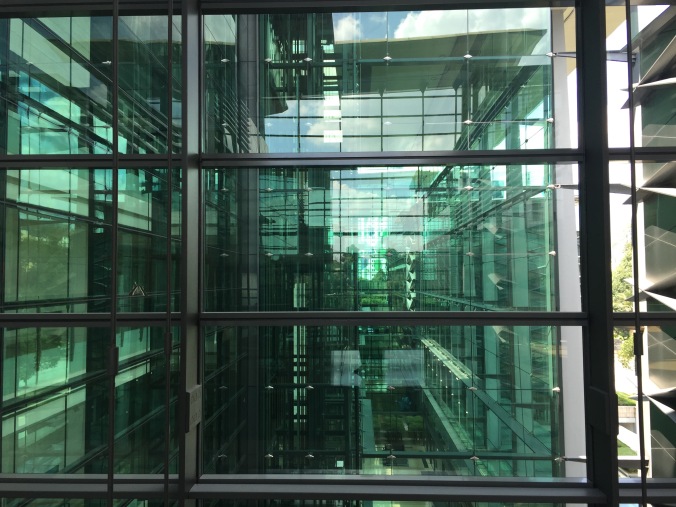 The museum had a few different sections. There was the collection of 59 selected paintings on the top floor in conjunction with the upcoming celebration of 59 years of Malaysian independence. There was a section dedicated to banknotes; from the history of paper money to the intricate designs on a single ringgit note. I loved the exhibition about older forms of currency, like money in the shape of ayam and buaya, money in the time of the British rule, and all of that stuff that we learned in sejarah. It was pretty cool and very well presented too. There was also an economics exhibit, which taught me that in Malay, GDP is translated into Keluaran Dalam Negara Kasar! 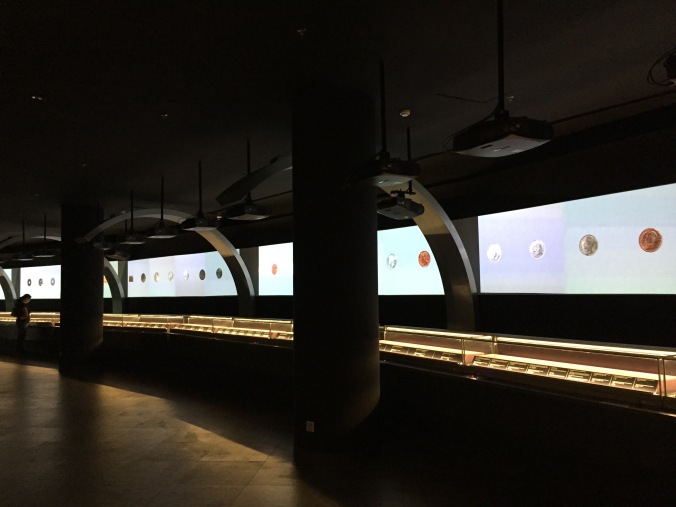 The gallery with all the old forms of money in the different states in Malaysia.

Imagine stuffing that into your pocket. 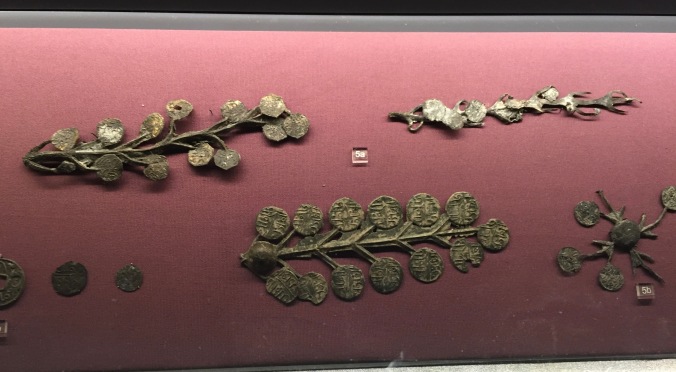 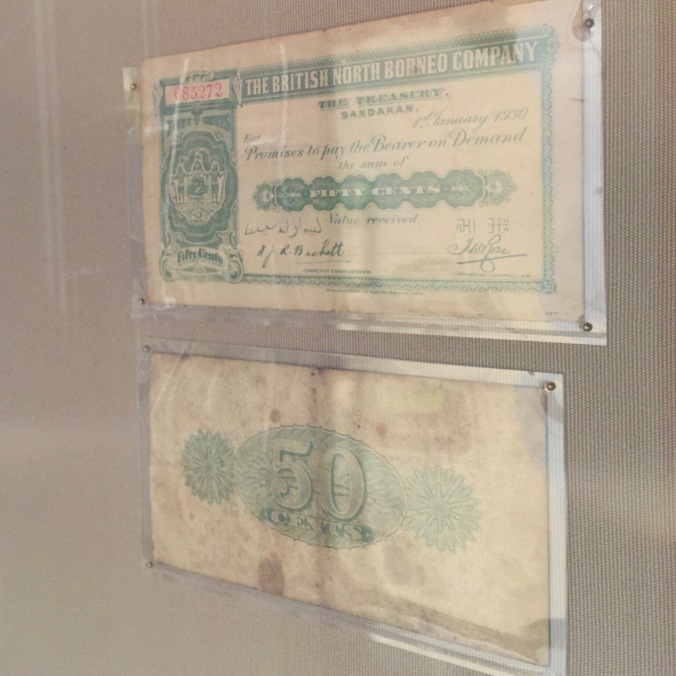 This is where I learned that GDP is KDNK.

It was really cool to see this, because I learned quite a bit about Import-Substitution in Poli Sci throughout junior year and obviously I was not born yet when it happened so I thought it was cool to see these headlines. 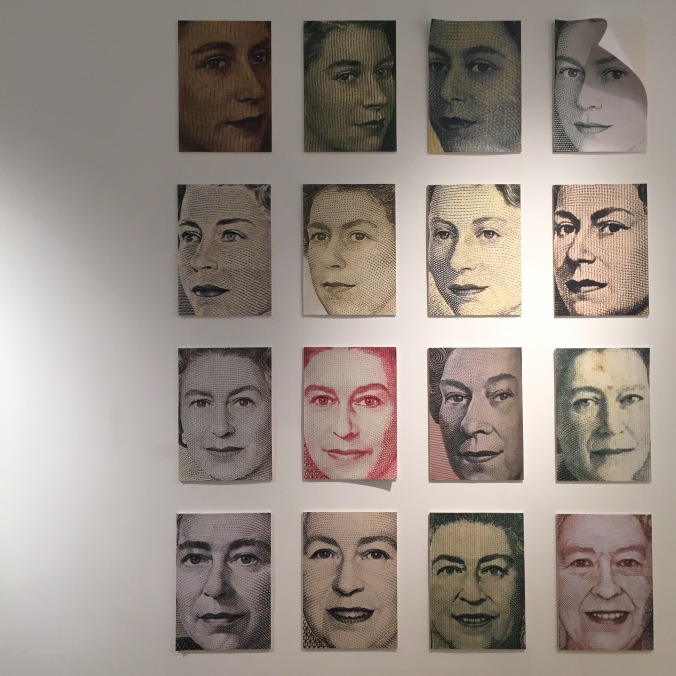 Queen Elizabeth’s many faces on banknotes. 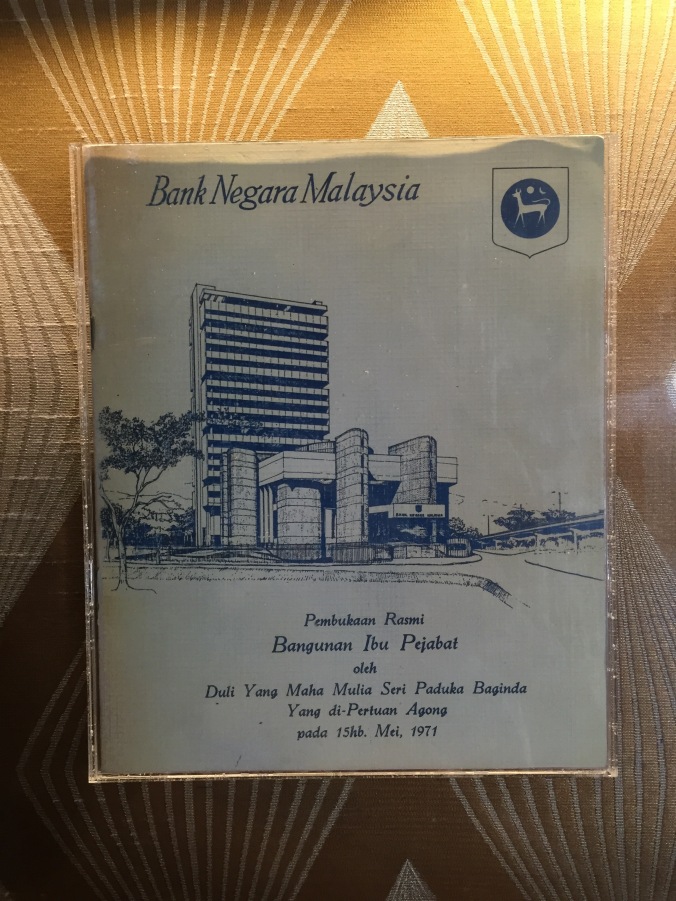 I must end by saying I strongly encourage a visit to this museum. I think museum-going culture is really lacking in Malaysia and that all starts with us, right? I personally have always loved going to museums from when I was a child but all that enthusiasm died down as I realised there wasn’t really much of that to do here in KL. My family and I, we have so much fun going to museums when we’re in DC or London and I wish people could have as much fun doing that here too. I want to demand better museums in Malaysia, but I think that requires that I support the ones that are here and are good.

Anyway, that was probably one of my most favourite days all summer so far. I hope you enjoyed reading about it I guess?!