Believe it or not, I am writing right now on a train. I’m quite impressed that the ERL to KLIA has decent wifi! I have taken half a day off from work because this evening, I will be on a flight to Penang 🙂 I’m quite excited because I think I haven’t been there since late 2012. Gurney Drive awaits me eagerly, I know.

The rest of raya week was fine. We had dinner at Pak Ngah’s house on Friday night and took so many pictures. Mak Ngah made mi goreng which made me very happy because it’s not the typical raya food. The next morning, we went to town to buy kek lapis Sarawak. Then, we left Kuching that Saturday evening.

You know, it’s nice to go back to Kuching every now and then. I mentioned this in one of my previous (shorter) posts, but I’m not 100% comfortable there, if I may be so honest. I also don’t speak the language. The other day, my aunty said her house “kenak serbu 5 igik motor” and I felt very alarmed because I directly translated it to “my house got attacked by 5 motorbikes” but what she really meant was that people came to visit her house in 5 cars all at once. We don’t have our own house, and you know what it’s like when you try to use the shower at someone else’s house—you just don’t get it. I don’t know anyone there that well… I’m always whispering to my cousins or my mom asking them whose house we are at. But they are family and as, um, disconnected as I may be, half of my ancestry has many roots there. There’s this house we refer to as Rumah Kampung…. It’s not a general term for any house in any kampung. It’s a specific house which has been in my family for like over a hundred years. My parents even got married there. 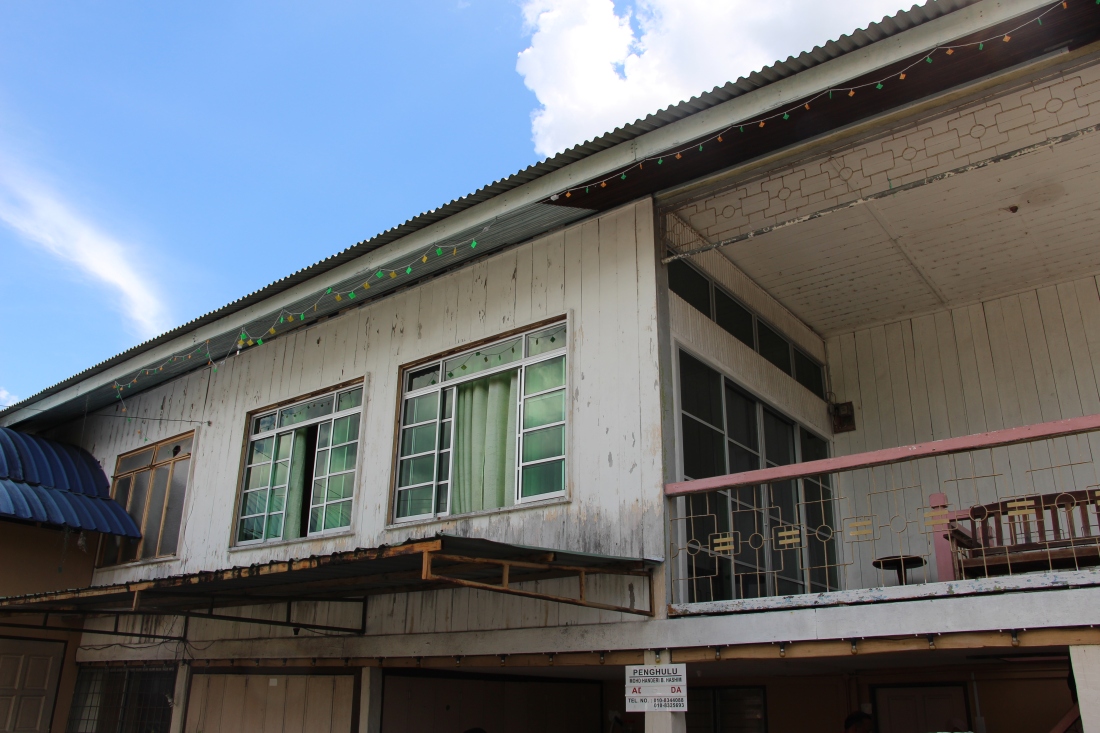 Well, in that house, there’s a picture of lots of people standing in front of the house at what seems to be a wedding. It looks ripped out of a history text book. But those people are my family. It’s so strange to think about. Apparently it was the wedding of my great grandmother’s uncle? Or so I was told. I think it’s really cool that a picture of that moment in time exists for me see.

Anyway, when we got back that Saturday, we freshened up and went right back out to Setia City to get SUSHI (!!!!) and watch Finding Dory with my cousins. I know most people have probably seen it and we’re quite late to the party, but we were waiting until raya to watch it. It was such a cute movie! I had so much fun watching it with my sisters and cousins 😀

God, trust me, it was so difficult going back to work on Monday! I completely forgot I had a job somewhere for that entire week. But I’ve finished a whole week at work since then and now I’m off again! I actually only have so few weeks before I fly back to the states and as always, it’s a scramble to make sure I meet everyone I want to. It’s kinda annoying too because sometimes it can feel more like ticking off boxes on a list of obligations than it does a real friendship and I don’t really know how to deal with that. When I was at Penn, I bemoaned this happening and now I’m surprised it’s happening at home too. And if I should be so honest, it’s also a little tiring like physically and emotionally… because I don’t drive and I usually have to depend on people to get me home or to go out so I’m always troubling someone. And because there are so many people I want to see, so many weeks of work, I feel like I’m not giving everyone the attention I should. I’m doing my best, I guess.

(Uh, disclaimer: this post was published 4 days after I wrote it because I didn’t have access to the pictures I wanted until today)