I don’t really know what to write about this week, honestly! I’ve been doing the 100 Happy Days challenge, writing about one thing a day, and I feel like it’s now a little more challenging to find things to write about but I guess that makes things a little more interesting.

I’m at the office as I’m writing this because I think I have like a free hour or so… (although chances are, I probably have more than that). I just experienced something insanely odd. Okay, maybe not that odd but it felt really weird still. All of last week, I was working on a slide deck for someone here and I thought it was crap. I would literally hover over my laptop so that no one would see just what crap I was up to. Like, no joke, my back hurts. But today, I went over my work with her and she told me it was “excellent” and that I had “flare” and trusttttt me, I was so confused. I am half expecting her to come back to me changing her mind, and half hoping she doesn’t.

This is such a classic impostor syndrome situation, which I wrote about in length last week… feeling like you’re doing an awful job but you have to conceal it because if anyone finds out, you’ll be outed as a fraud. It’s also annoying, I guess. I really don’t like feeling like I’m not assessing myself accurately and being unsure about whether or not that is true.

But I’m working on it, right. Learning to just take it all in stride. I’m learning that nothing SO BAD can happen to me here at work or in school by doing a “crappy job.” And like all of us, I’m definitely also learning about myself, about playing by my strengths and managing my weaknesses. Yeah, cheesy stuff, I know. Whatever. This might be common knowledge but for example, I’ve learned that I can really only work with people once I’ve established a connection with them on some level… whether it’s by asking them about their weekend, or cracking a joke, I kinda need to feel like they’re my friend before I can really feel comfortable working with them. Some people are easier to get on with than others, but I think, or I want to believe, there’s always a way to like make things work with anyone.

It’s kinda funny to think about how stark the difference in my tone is between this week and the last but I wouldn’t be doing myself justice if I didn’t showcase how my emotional state oscillates all the time. In part, I’m feeling a little bit more on the up side of the curve because I’ve spent a lot of  time on my recent commutes reading #Girlboss, by Sophia Amoruso. It’s been in like all the MPHs I’ve been to this summer. Then, I came across a quote by her on Forbes. I also stumbled upon her podcast because she interviewed Grace Helbig (who I also love and have been a fan of for a few years!). She was everywhere and I felt like the ~universe~ was bugging me to read it, so I bought it despite being severely unamused by the hashtag in the title. Not only has it been a super easy read, it’s a really fun one too. She talks a lot about how she built up NastyGal.com by playing to her strengths and (cue some very Disney background music) believing in herself. It’s trite. Sure, I’ll give you that. But it was still really helpful and more importantly, assuring. And I know it’s a good book when I furiously reach for my journal to scribble down some of my favourite excerpts.

“I often wondered, Was this a choice? Because it sure as hell doesn’t always feel like it. But I did choose it—even if growing a huge business was never my singular goal, every small choice that I made along the way was something that contributed to where I am now. Every time I got up in the morning instead of saying “screw it” and sleeping in, every time I spent a few extra minutes on a product description to make it perfect, I was choosing my fate and sowing the seeds of my future.” 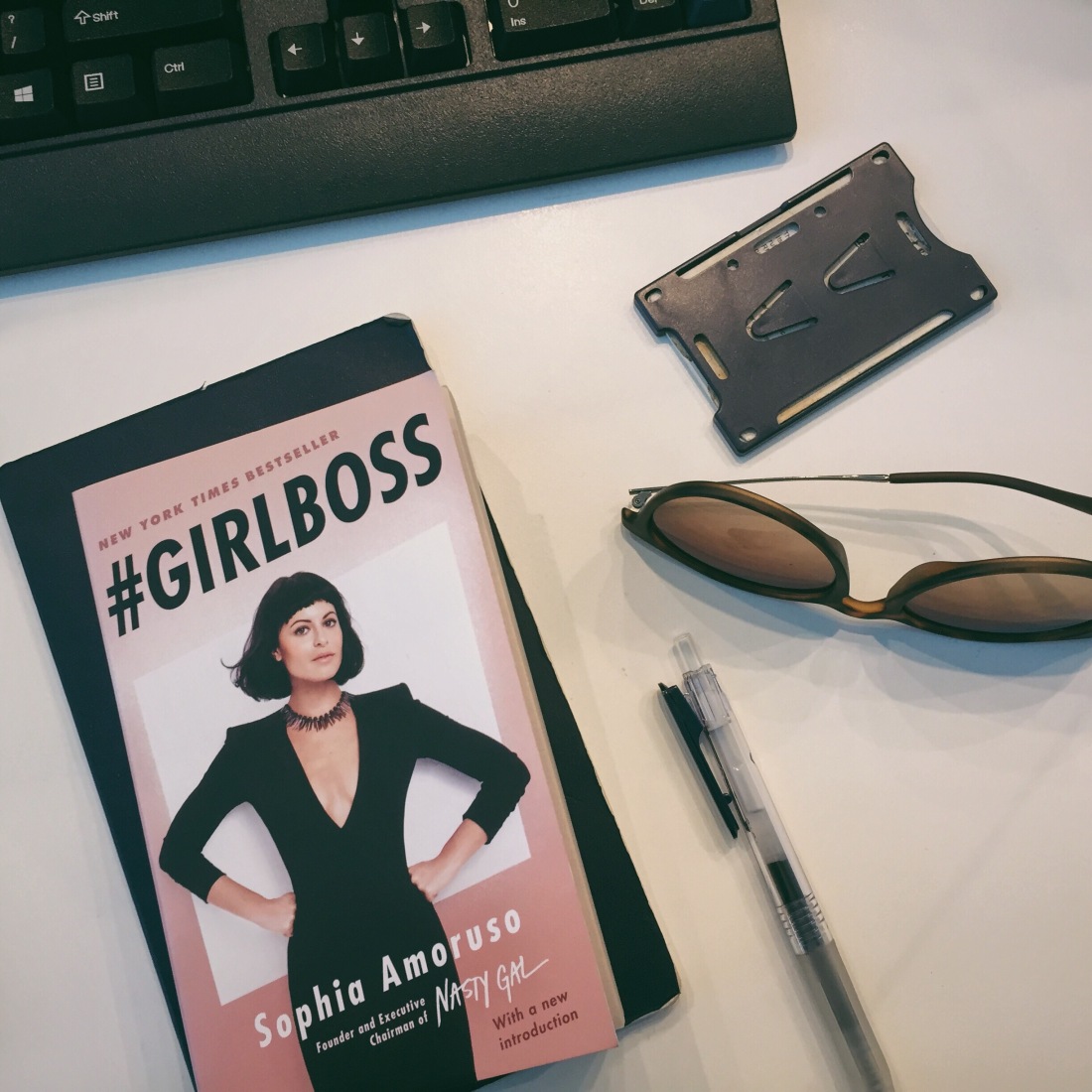 And it’s the little (trite) things like this that chips away at my “impostor syndrome.” That is progress, however small. It’s worth mentioning that this progress can always be undone, and so many times it has been. Sometimes I take one step forward and then take three steps back, but sometimes I’d take a couple of steps back and then ten strides ahead. That’s just all part of the process, and remembering that makes the lows not feel so bad and the highs not get to my head.