It was a long week, you guys. It feels like a month crammed into one week, and I think that’s partly because I don’t know how to tell you the story of my past week in a coherent post.. many things which are pretty different and somewhat unrelated happened this week.

Dropping a class
This is my 5th semester at Penn. Every semester apart from my very first one, I’ve taken 5 classes/credit units. The typical semester is about 3-5.5 credits, although a few of my friends take 6. This semester, I was enrolled in a class I absolutely wasn’t enjoying. I felt the class lacked a good sense of structure/direction, and that the professor was not very organised. It didn’t fulfil any requirements for me–it was something I’d registered in just for fun. Except, it wasn’t fun at all. But because I had waited so long to realise how much I couldn’t stand the class, it was too late to add another class to replace it if I dropped this one. So I hung on because the idea of taking only 4 classes made me feel like I would be slacking, like I would’ve wasted the opportunity to be in another class. I felt so ashamed because it made me feel like I would be such an underachiever. Luckily, I accepted the fact that those were awful reasons to be doing something I don’t even like, and so I let it go; what felt like a shameful idea now feels like a triumph against my ego or whatever.

The safety threat
Last Sunday, the entire Penn community (and the communities of many other colleges around Philadelphia) was notified of a vague “safety threat” made on social media. Colleges were alerted by the Bureau of Alcohol, Tobacco, Firearms and Explosives and the FBI about a threat of violence against a university which mentioned the time and date of 2 p.m. on October 5th (you can read about it here). The university ensured us that they were taking this seriously–and they did. On Monday, there was a noticeably heavy presence of police and other security officers on campus. People cut class to stay home, and everyone was in some kind of subtle panic. It was a weird feeling. Everyone walked quickly. It seemed quiet and tense. Classes were cancelled. I was scared, too. Shahirah, Hui Jie and I stayed home studying and eating takeout, trying not to check the time. Nothing happened that day, alhamdulillah, I am so thankful. Everyone was relieved, but I think we all were also perplexed? intrigued? at how such a vague threat had such a huge effect. We all learned how little control of our lives we have.

My exam
On Wednesday, campus was back to normal, and I had my political science exam. I’ve mentioned this before, but this is the first PSCI class I’ve taken and so I was a little stressed out because (a) I didn’t know what to expect or how to prepare for it and (b) I love this class (like LOVE IT so much that I question if I am in the right major) and so I really wanted to do well. I prepared for it sufficiently, and so I am not too worried about how it turns out, nor do I care as much because at least I know I did what I could. It was 50 minutes of frantically writing a 4-5 page essay? I can hardly remember, but it caused my arm much pain. By the time the proctors called for pens down, the way my arm felt tired gave me a flash of what it was like to be in school in Malaysia, sitting at our tiny wooden desks spaced out evenly for exams in our tiny cement-floored classrooms, writing on our kertas kajang (foolscap paper), tying them together with strings when we were done. I thought it was cool how the way my muscles felt could bring back memories of things I haven’t thought of in years. But the end of that exam also marked the start of Fall Break 🙂 (!!!!!!!)

Studying for my poli sci exam.

Half of my poli sci cheat sheet.

Awful out-of-focus picture of my friends having coffee on the rooftop after dinner and dessert to celebrate fall break!

Fall break
I don’t know how many of you follow me on Instagram, but I have been documenting (overdocumenting, possibly) my four day weekend on it. On Thursday, I went to King of Prussia to go hunting for a new pair of boots and it was really fun.

I spent Friday in New York City. Honestly, New York is electric. I think this was my 5th or 6th trip up there and every time, I appreciate it a little bit more. People talk about the energy, but honestly, I don’t care much for that. What I like about New York is looking at the diversity–there are all sorts of people there, all sorts of stores, cuisines. Everything is cutting edge. There is always more to discover and so much inspiration to get from that city. I know this is what everyone says.. and I’m annoying myself for saying it because I know I’m blurting a bunch of clichés and am not really giving you a great description of what NYC is like.. but I hope someday you get to experience it for yourself! 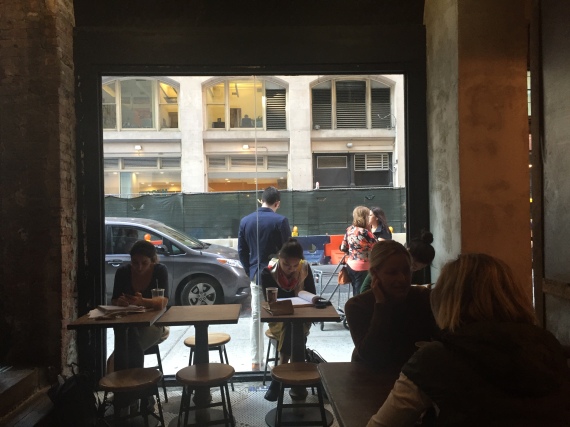 My first time seeing Central Park in non-jacket-wearing weather, and what a difference it makes. 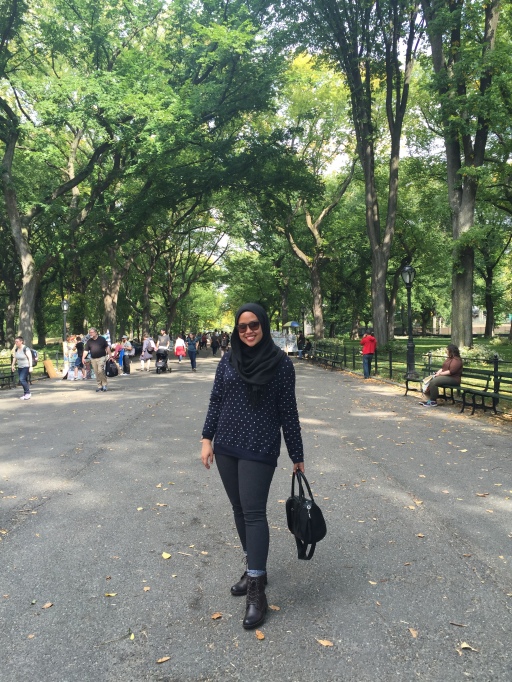 Shahirah trusted me with rowing, and I trusted her to take pictures of me. Talk about trust exercises..

Just one of the many boats I almost hit. And oh yeah, a great view. 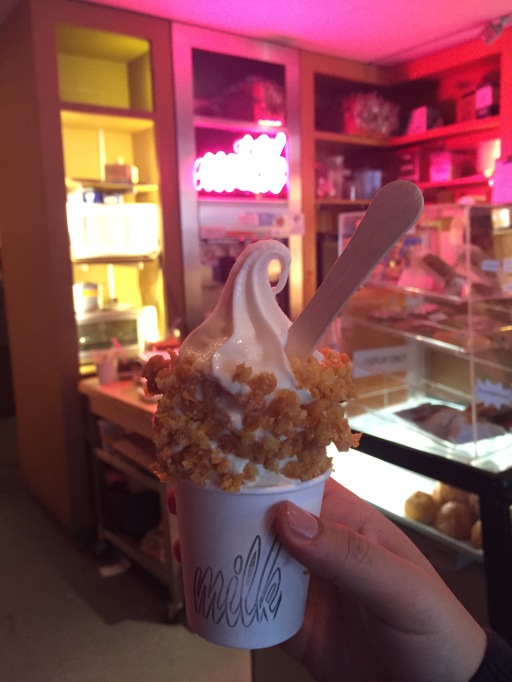 The picture I always take when I get this ice cream.. because I’m original and creative.

A crappy attempt at a panorama at Times Square.

We walked so much yesterday and it was a little tiring, so today I took it easy and just did groceries, watched TV, read and stayed home.

Me, pushing my basket through Trader Joes’ check out line because it was too heavy to carry.

It’s back to the grind on Monday (boo) so I’m really going to enjoy my last day off tomorrow. For now, I’m gonna end with this picture of my cousin’s adorable baby when he was at my house in Malaysia last week because he is the cutest and I miss him. Bye!