My labour day long weekend was good. I love the 28°C weather, city streets and iced lattes. I love the view of the Schuylkill river as the 21 bus crosses over the bridge that links Center City to Penn. I like feeling okay enough to walk around on my own and feeling like the language and the roads are familiar to me. I like feeling like I know what I’m doing–which, often times I don’t. But I try!

Trips into the city are fun but this week I also made money because I managed to sell some of my clothes at a thrift store! They’re quite selective so they only took a few items but I donated the rest of my stuff–a suitcase and two paper bags worth of clothing. They say you gotta take out the old in order to make room for the new and it really felt like a good cleanse, getting rid of those things I’ve been hanging on to for years without actually using. I also bought candles because apparently I have a thing for candles. Eucalyptus Mint, Autumn and Mahogany Teakwood. I’m telling you, Bath & Body Works is a big booby trap that lures you in with the smell and then really hooks you with their good customer service and discounts. Candles make me feel very relaxed and it gives me the impression that my bedroom is nicer than it is.

The most exciting part of my weekend was La Colombe’s draft iced lattes. They started serving these over the summer and it’s one of the few things I was looking forward to, coming back to America. It was smooth, silky, foamy goodness coming out from the tap. It’s so light, yet so rich. I finished one, chucked it and got myself another right away because it was so much better than I expected and that’s saying a lot because I had verrrry high expectations for this one.

I call this one: Pasta With All the Random Stuff in My Fridge I Wanna Finish 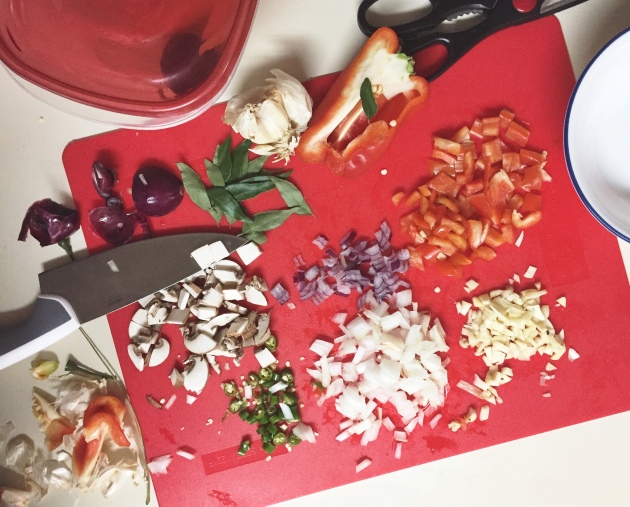 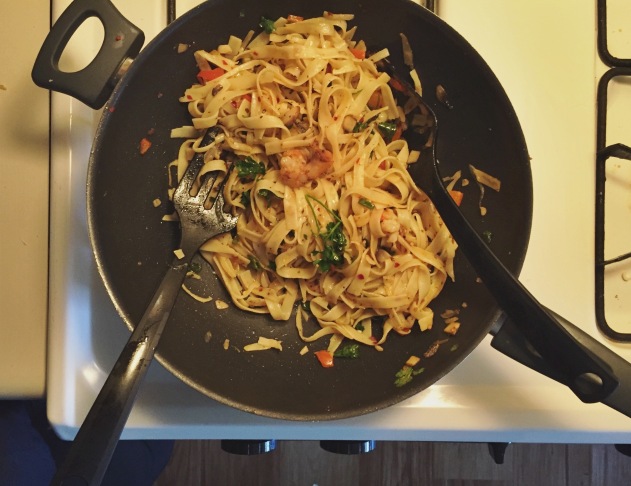 And this one was just breaded chicken tenders. 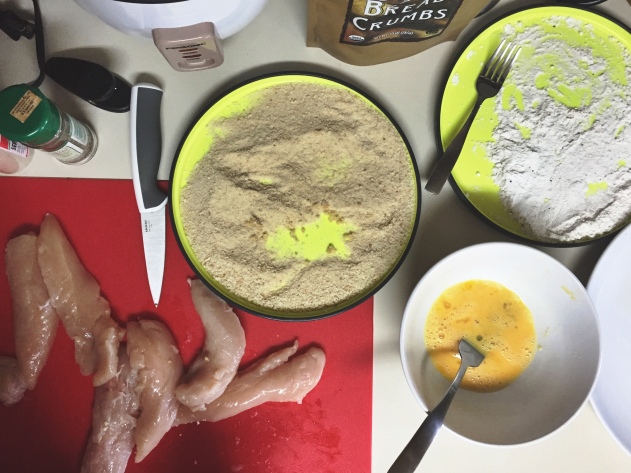 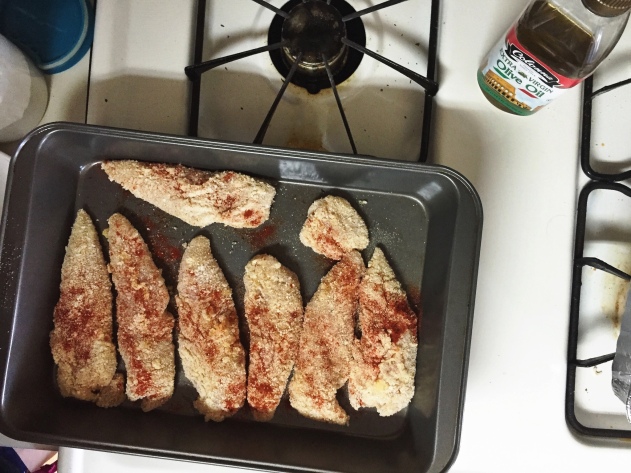 Labour day weekend was also fun because the extra time meant that all my friends were also free to hang out! I got to go to the Spruce Street Harbour Park, which is the summer park that appears at Penn’s Landing every year and also got to have brunch and slump in bed, watch 20 over episodes of TV and eat pizza. 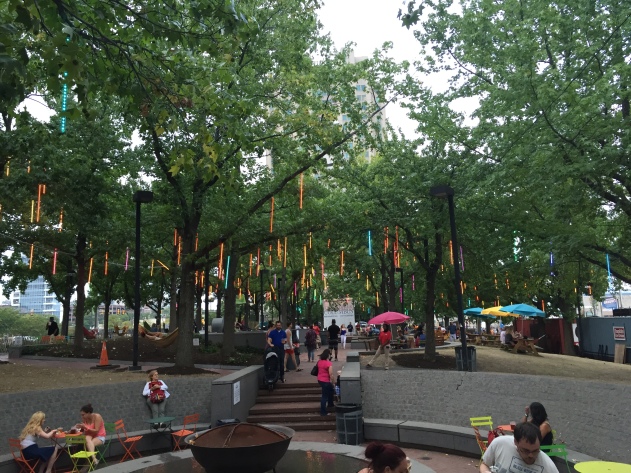 I also studied and went to the gym but I didn’t take pictures of those.. Also there is absolutely nothing interesting to say about going through 200+ pages on colonialism, natural selection and patterns in math. But anyway, I had a lot of fun this weekend and I’m not quite looking forward to the 4-day week ahead. I’m in bed dreading class as I type this, but I gotta get going, so bye until next week 😦